Through Positive Eyes is a collaborative photo-storytelling project by 130 people living with HIV and AIDS in 10 cities around the world.

Originated as part of the global MAKE ART/STOP AIDS initiative, this project paints a vivid picture of the AIDS epidemic—after its initial outbreak, and as treatment becomes more widely available. It testifies to the resilient spirit of those facing the challenges of HIV.

More than 130 HIV-positive people have participated in workshops led by South African photographer Gideon Mendel, with photo educator Crispin Hughes, and David Gere, director of the Art & Global Health Center at the University of California, Los Angeles (UCLA). Through Positive Eyes features insider photography by people living with HIV and AIDS. Many of them are picking up cameras for the first time in their lives. Over the past decade, the project has grown, one city per year, to become ambitiously international in scope, now encompassing ten cities in eight countries on five continents.

The project chronicles a very particular moment in the epidemic, when effective treatment is available to some, not all, and when the enduring stigma associated with HIV and AIDS has become entrenched, a major roadblock to both prevention and treatment. The participants in the project have volunteered to tell their stories, in words and in photos, in order to break down stigma and empower themselves. They are identified by their first names, in part to emphasize their humanity and accessibility, but also to protect those who live in cities where stigma can be dangerous, if not life-threatening. 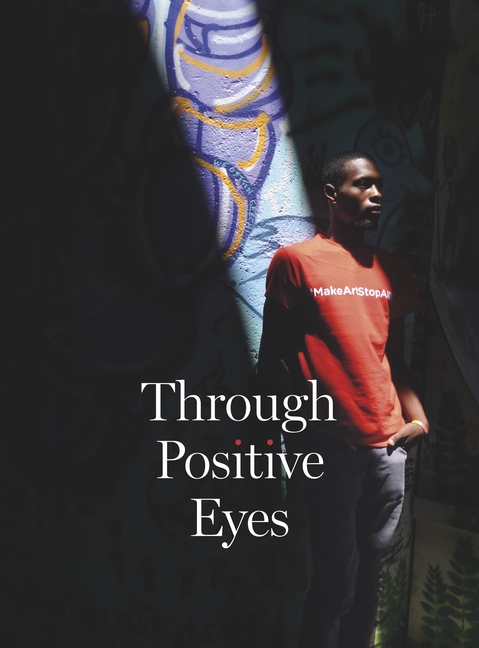 Edited by David Gere and Gideon Mendel, with a foreword by Richard Gere, the hardcover book version of the Through Positive Eyes project is available for purchase.

The book is published by Aperture and commemorates a decade of photo-storytelling.

Major funding for Through Positive Eyes has been provided by The Herb Ritts Foundation, led by board chair Erik Hyman and executive director Mark McKenna. We thank them for their sustained and passionate commitment to photography by people living with HIV and AIDS.

Gideon Mendel established his career with searing photographs of the final years of South Africa’s apartheid. For three decades, he has responded to key social and environmental issues around the world. He has received numerous awards, including the W. Eugene Smith Grant in Humanistic Photography, the inaugural Jackson Pollock Prize for Creativity, the Greenpeace Photo Award, and the Amnesty International Media Award; he was shortlisted for the Prix Pictet in 2015 and 2019.

David Gere, Ph.D., is director of the UCLA Art & Global Health Center and professor of arts activism at the UCLA Department of World Arts & Cultures/Dance at the UCLA School of the Arts and Architecture.

We would like to acknowledge our partners and children, who support us in this work—even when it takes us far from home.