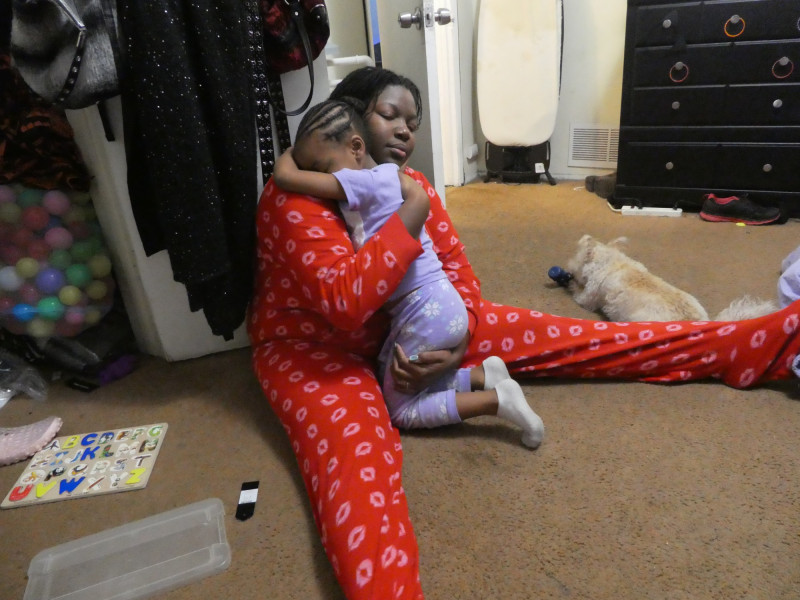 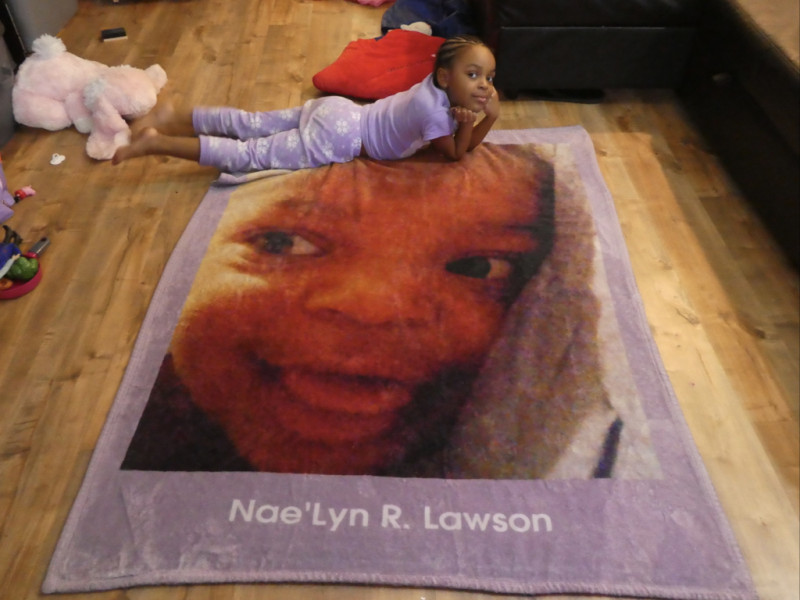 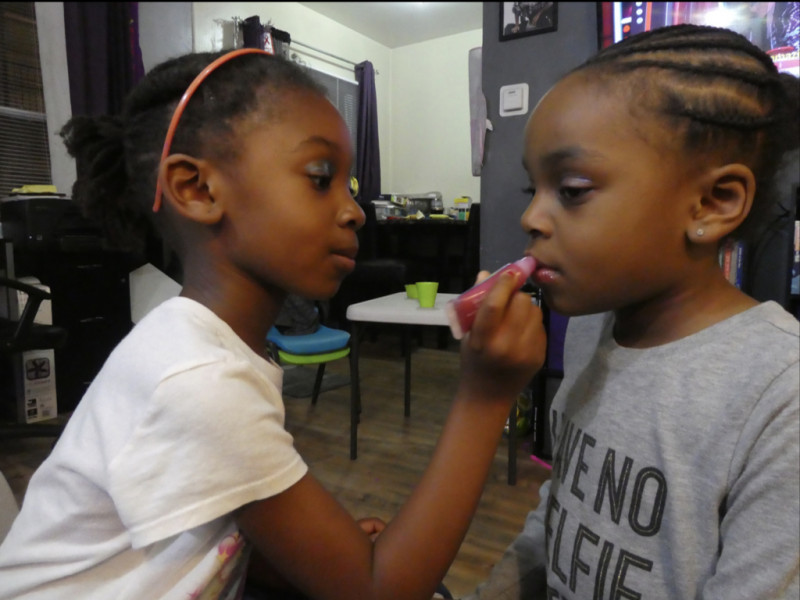 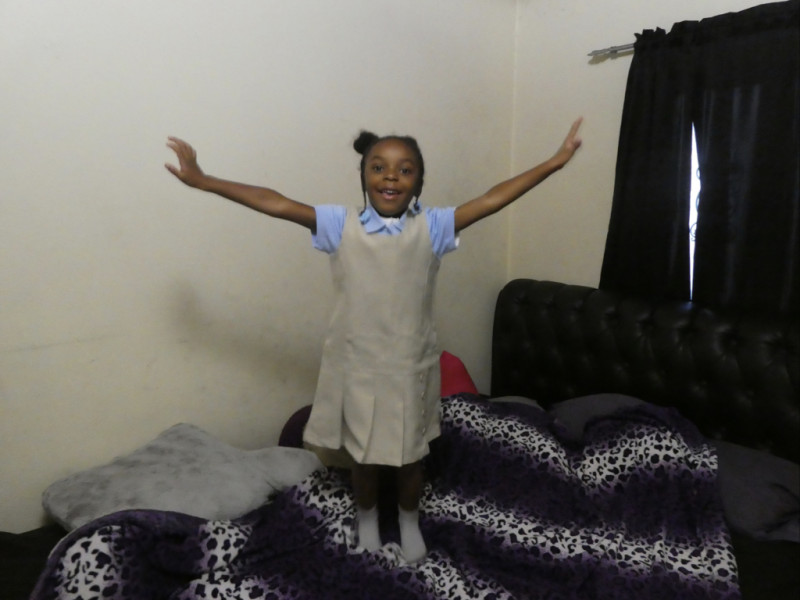 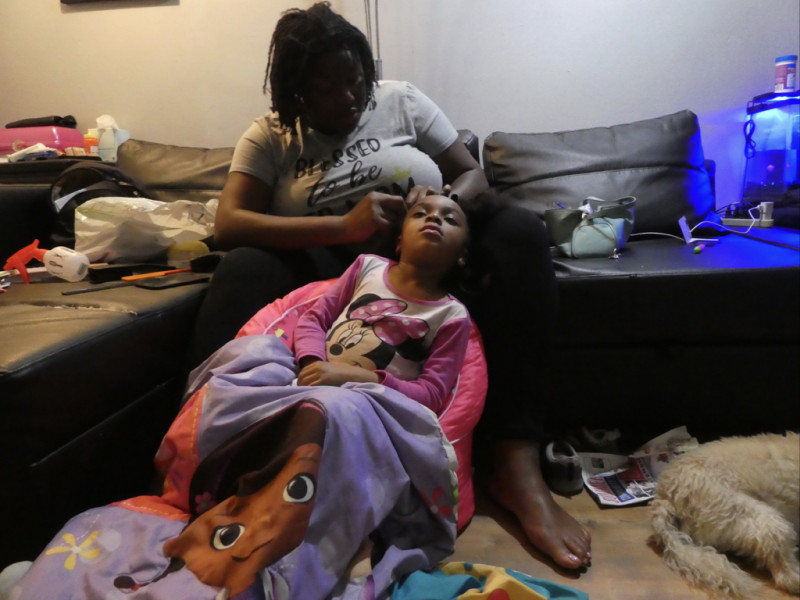 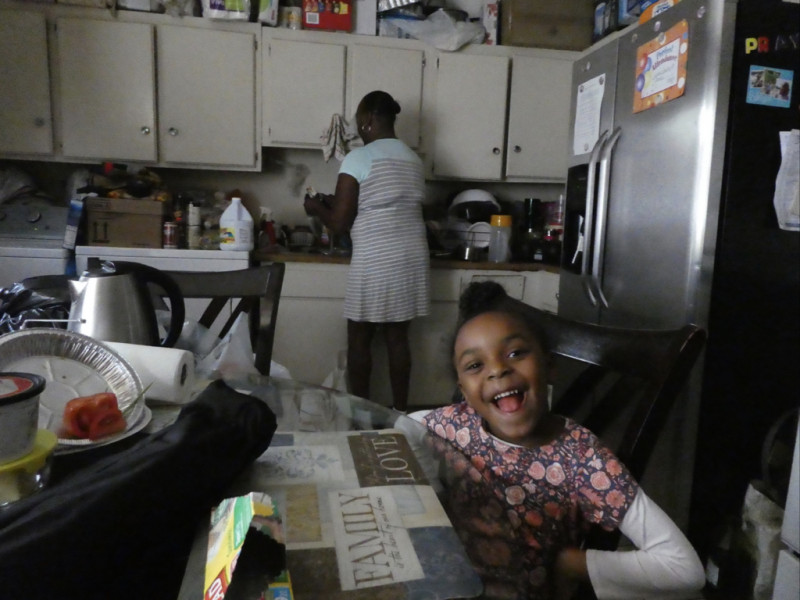 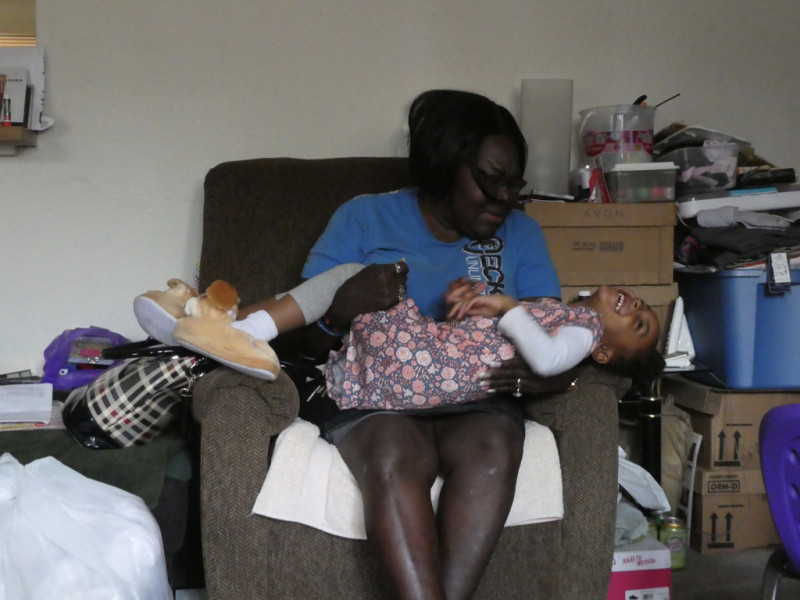 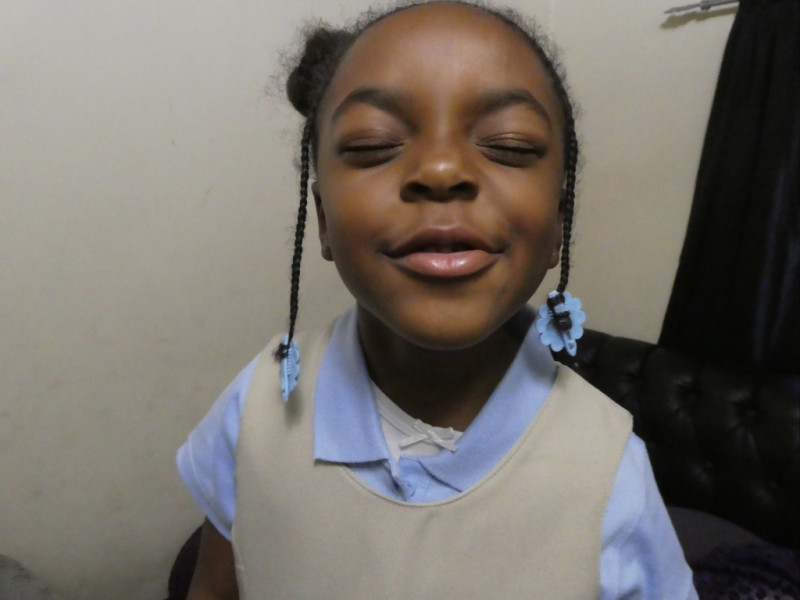 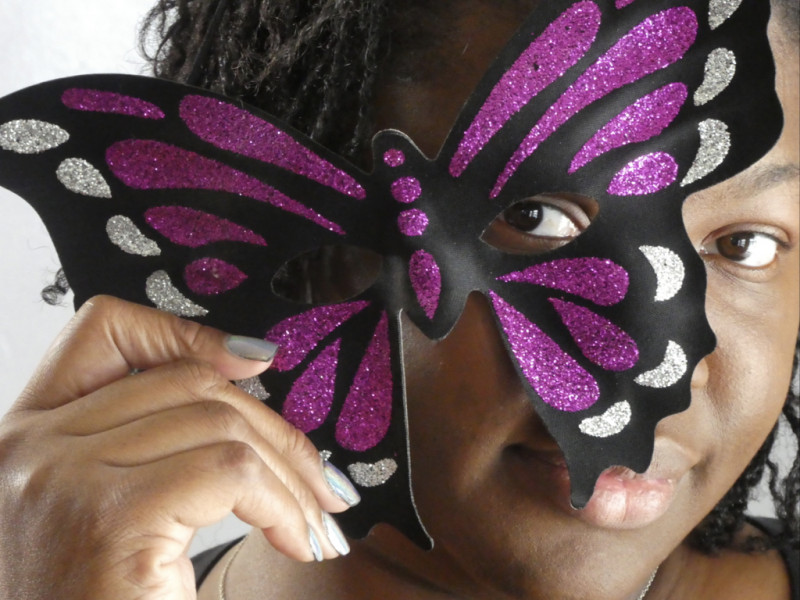 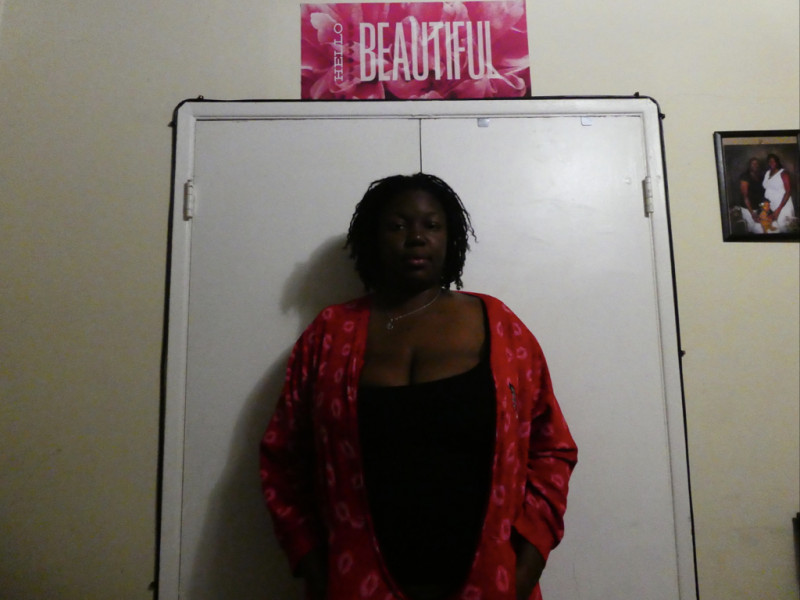 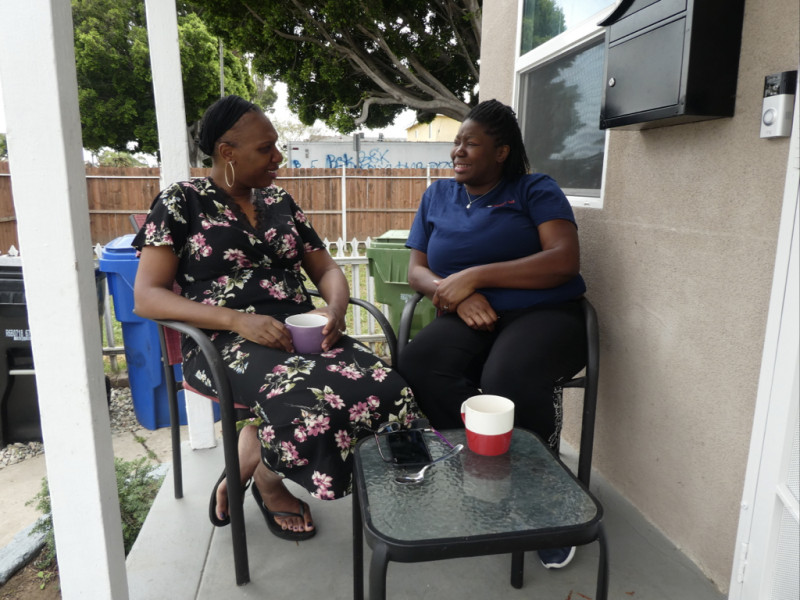 When I walked in the house, he was in the bedroom with his phone in his hand. He put it down as soon as he saw me. I heard his text message alert—ding!—and a few minutes later ding! ding! I saw him push his phone under a pillow.

After he began to snore, I gently removed the phone and read the last few messages he received: “I guess you went to sleep. I’ll talk to you later, baby. Good night.” I left the room and sent a reply text, “No, my girlfriend came home.”

She called and, of course, I answered. She hung up on me. I sent a second text: “I’m not mad. I just want to know how long you’ve been talking to him.”

She called back. They had met at a club, where she was a bartender. She had known him for a month or so. She said, “If I were you, I would leave, because he’s never mentioned you, and the way he talks to me doesn’t indicate that he has a girlfriend. By the way,” she added, “delete my number from his phone and save it in yours.”

The next morning, I packed a bag, grabbed my purse … and never went back.

As I was walking down the street, crying, I thought about the girl from the night before. So I took out my phone and called, just to let her know that I had taken her advice. She asked me where I was going and if I had a car. I didn’t. She said “I’ll come get you.” Marneta and I have been best friends ever since.

Everyone has moments where they need the love and support of true friends. As an HIV positive woman my friends help me cope with the stigma. I think I was born with HIV—my mother has it, and one of the ways it is passed, is from mother to child. But there is also a good chance that I contracted HIV at the age of four when I lost my virginity to a man who may have been HIV-positive. I’ll never know for sure and I'm ok with that. After being diagnosed as a child, I grew up thinking that it was impossible for me to have a child of my own. I failed to plan for my future because I honestly couldn’t imagine having one.

Which brings me back to my BFF, Marneta. One day, during her first pregnancy, she asked me to meet her for lunch, and she started to ask me about my plans for a family. I shared that I felt I couldn’t safely have kids of my own, because of my HIV-positive status. Right then, over lunch, Marneta asked me to be her son’s godmother. Of course I accepted.

After he was born, I fell in love with him. I began hearing about a decrease in mother-to-child HIV transmission. After consulting with my doctor, I made the decision to try. With medication, HIV is no longer terminal. It’s a chronic treatable disease, like diabetes. So my doctor gave me the green light.

I told Marneta first thing when I got pregnant. She was so happy for me. She told me she couldn’t wait to see my chocolate baby with curly hair. And then, four months later, she found out she was also pregnant.

I suck at taking my medicine, so when I found out I was pregnant, I had to make a change. I took my meds as prescribed and maintained an undetectable viral load for the whole pregnancy. I didn’t miss any doctor’s appointments. I did everything as prescribed.

I had prayed for a girl. I dreamed of a girl. The ultrasound confirmed I was having a girl.
Doctors recommend that for the first six weeks the baby receives AZT which is known to be a very harsh toxic medication. I can recall hearing toxicity was the cause of death for many of the positive kids I knew. Despite all the negative things I had learned in the past, I put my trust in the doctors and my faith in God. With tears in my eyes I gave my newborn baby something, that in the back of my mind, I thought might cause her harm. I wanted my child to have the best possible outcome. And that’s how it turned out. She would be the remixed version of myself, so I scrambled the letters of my own name, and created the most beautiful name I could imagine: Nae’Lyn.

The time came for me to take my baby home and, just like before, Marneta dropped what she was doing to come get me. She was surprised when she first saw Nae’Lyn, because my baby was born with the palest skin and straightest hair. Then, three months later, Marneta had her baby, a beautiful chocolate girl with curly hair, who also became my god daughter.

To this day, Marneta and I say that our daughters have been best friends since the womb.

These days, Nae’Lyn is my life. She’s a happy, healthy, HIV-negative little girl. She’s sassy, spunky, and very opinionated. She’s quite the opposite of me, not shy at all. She sings in church. She remembers everything. She’s very loving, and at the same time full of attitude. And she wants everything her way.

She’s a handful. Her and my god kids are best friends.

And here I am, Lynnea, looking forward to being an old woman, decades from now, enjoying coffee on the porch with my homegirl, Marneta. Best friends forever.