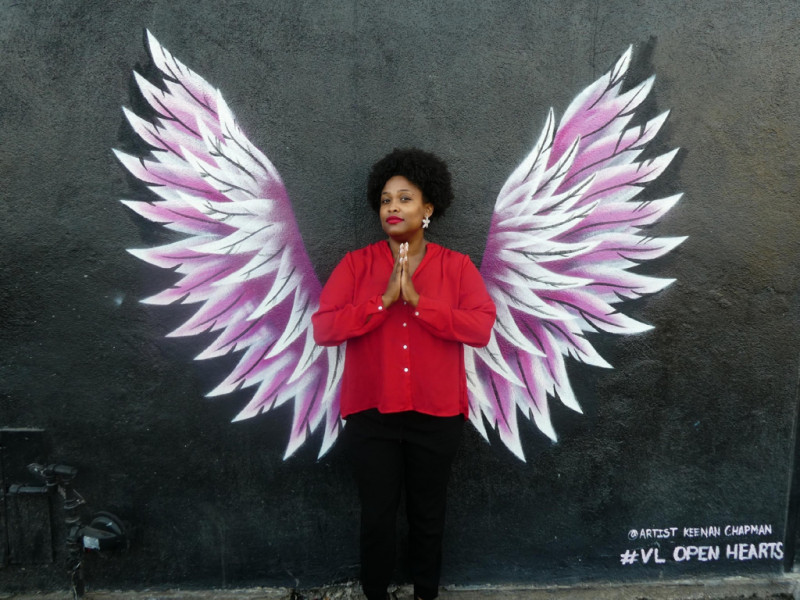 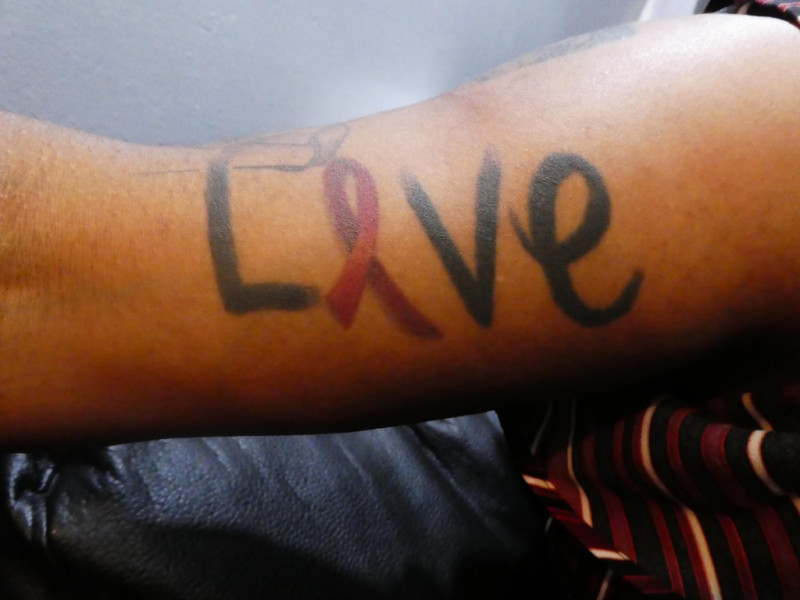 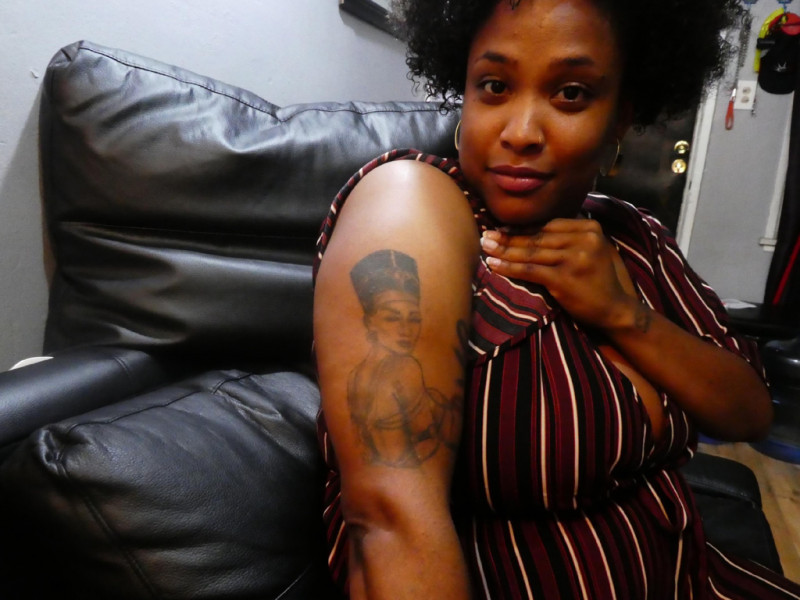 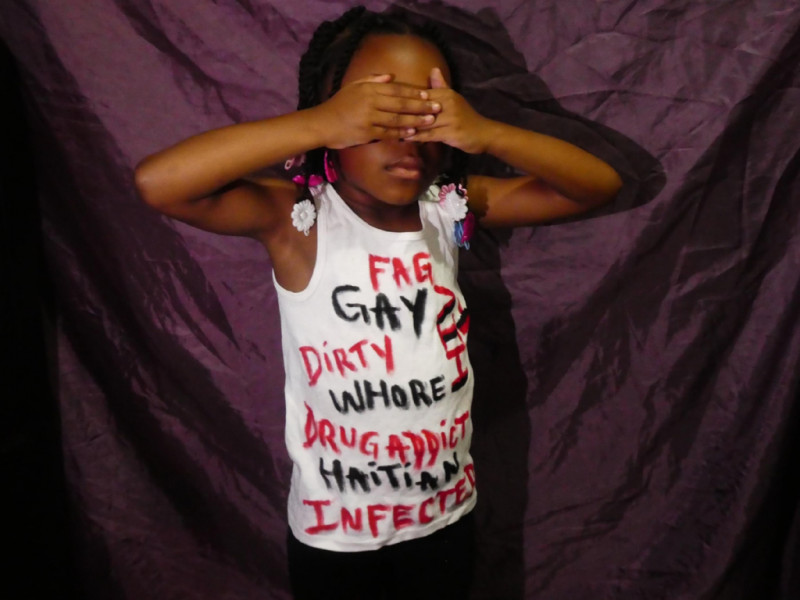 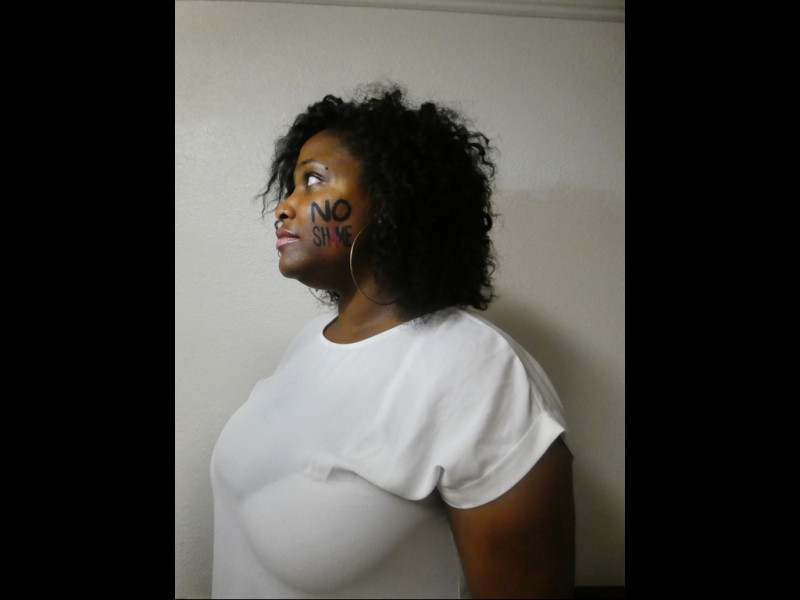 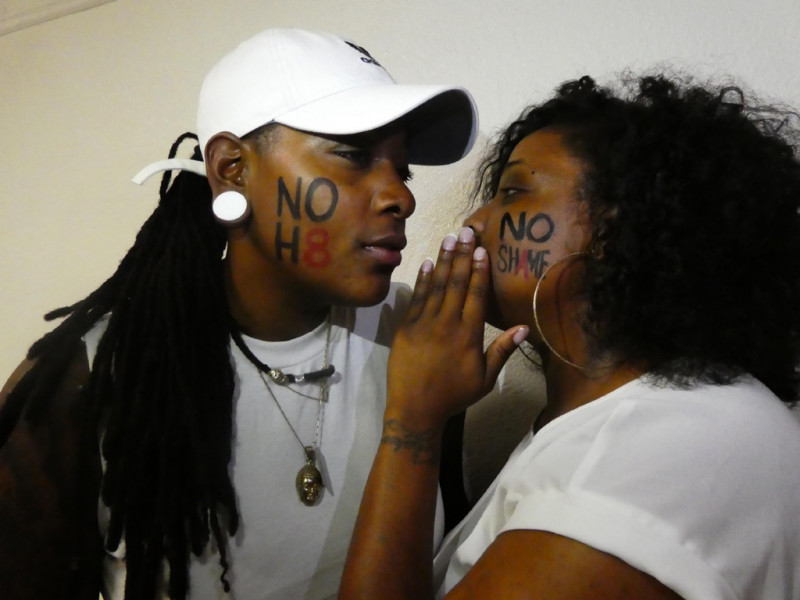 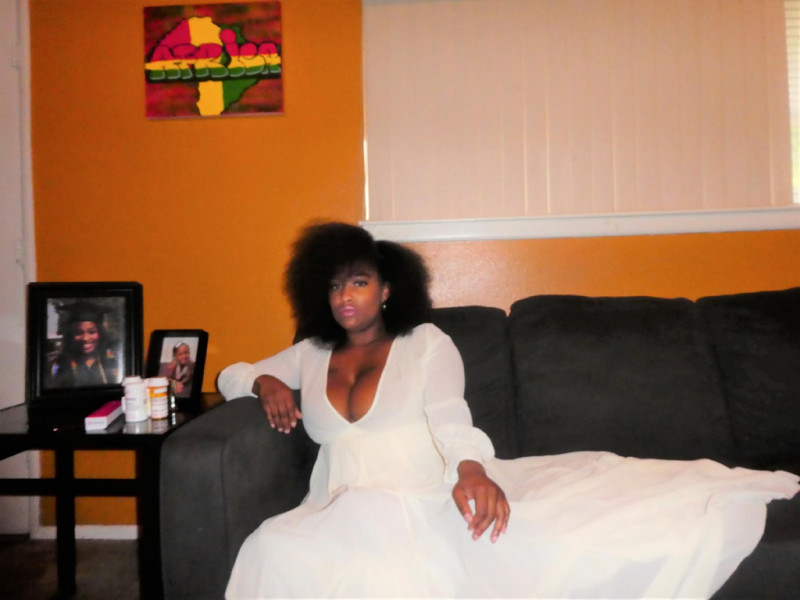 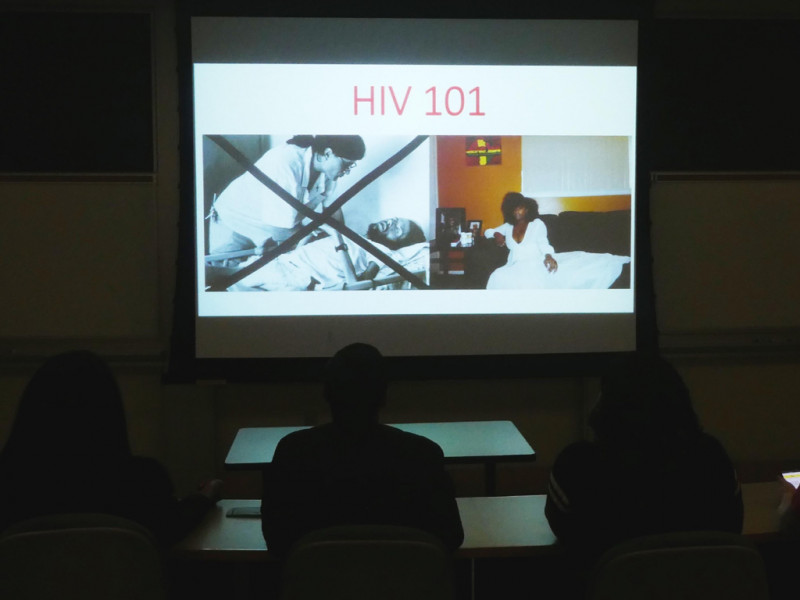 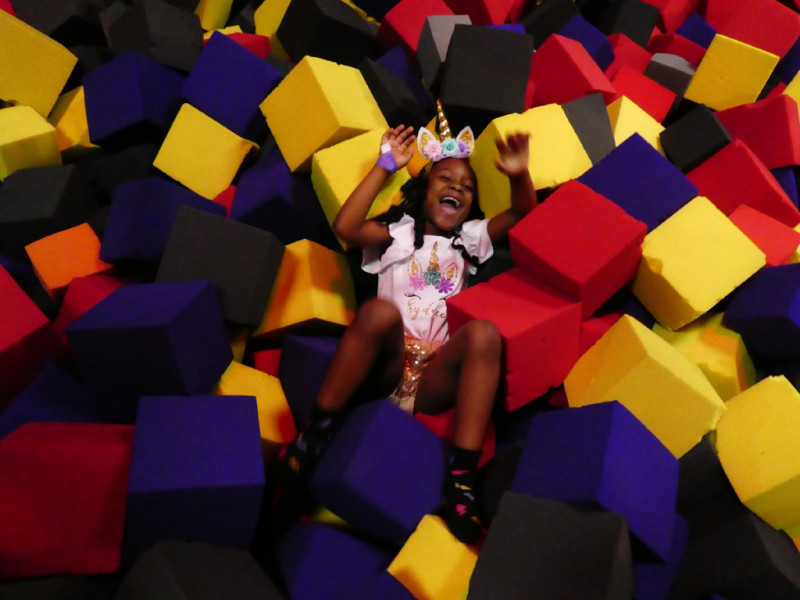 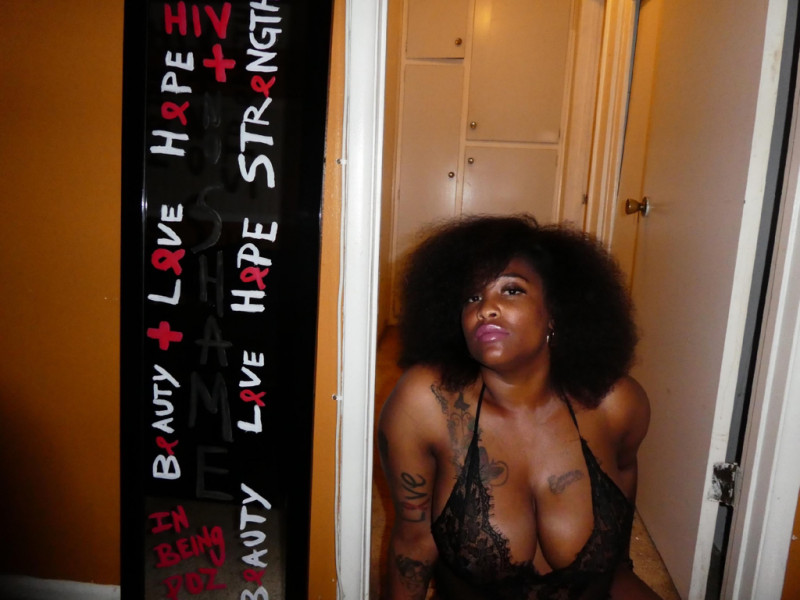 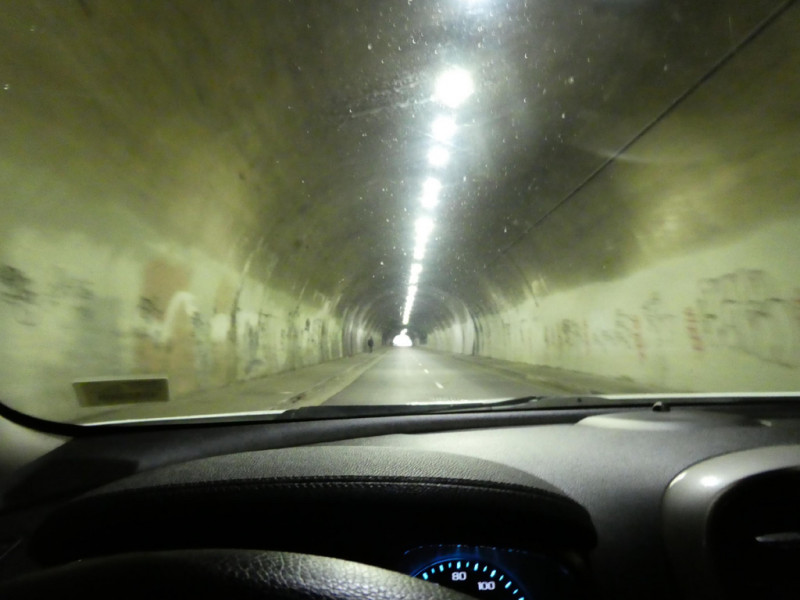 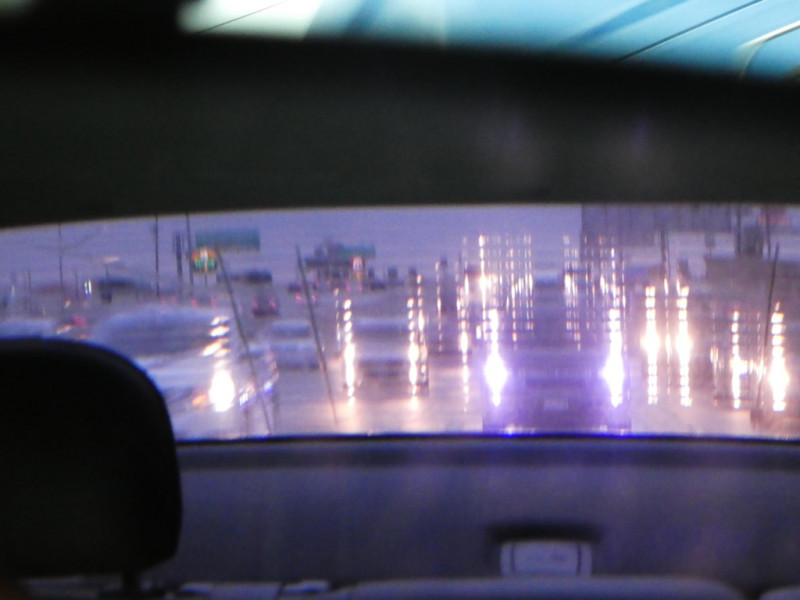 My name is Porchia Dees, and I am a Beautiful Black Queen Living with HIV. It has taken a long time for me to come to terms with that double statement, because the concepts of Beauty and HIV don’t usually go together. Growing up Poz and trying to cope with the stigma surrounded by my experience has been challenging to say the least.

I am a part of the first generation of children who were born Positive. In 1986 I arrived. At the time, my biological mother was on drugs and heavy in her addiction. If it wasn’t for my aunt and uncle, who I call mom and dad, who took legal guardianship of me I don’t think I would be here today. My doctor told my parents he didn’t think I’d live to see my fifth birthday, but clearly God had other plans.

My social worker at the hospital kept me involved in lots of events for children battling different life threatening diseases. I attended camp every summer, which gave me the chance to be around other kids who understood what I was going through. I was happy to just have HIV because out of most of the kids at camp, I had the least restrictions and my treatment was not as intense or as hard on my body.

We all had our camp “crushes.” But I would soon find out that dating at camp was a lot different than dating in the real world— And that the dating and hook up guidelines we follow as a society are not inclusive of someone living with HIV—someone like me. My parents are that old school, African American, super- religious type, so I never had the sex talk. My social worker didn’t say this to me directly but in her attempt to educate me on HIV transmission, without realizing it, she led me to believe that I would never be able to have sex or have babies. And there was one huge thing she forgot to prepare me for and that was Stigma.

The next time I learned about HIV, I was a seventh-grade student in Sex Ed. It terrified me. I remember sitting in a classroom of about 30 kids with the health educator showing us all these disgusting pictures of STI’s, and listening to how grossed out everybody was. When she started talking about my experience, I got really quiet. The pictures she showed didn’t look anything like me. Instead, they were pictures of middle aged white, gay men, or Africans wasting away. They were all pictures of people who were dying—there were no pictures of people who were healthy and living. Everyone left class believing if you have sex, you could get HIV. And if you get HIV, you are going to die. It made me even more afraid to have sex and it deepened the notion that someone with HIV wouldn’t be able to have a normal, healthy, sex life.

I had to learn how to navigate dating and sex with HIV on my own. Nobody ever talked to me about HIV treatment and how it works to lower the chances of spreading the disease, and the only thing I ever learned about disclosure was from my mom, who told me to be careful who I shared my business with because people in this world could be cruel. Although my mother didn’t mean to, her advice along with the isolation I was already starting to feel further perpetuated that STIGMA in my mind. She made me feel like I had something to hide, which in turn created more feelings of fear and shame. In the tenth grade, I decided to test my mother’s theory. I opened up and I disclosed my status to a female friend. In turn she came out to me and told me that she was a lesbian. Sharing our vulnerabilities with each other brought us closer, we ended up dating, and we kept each other’s secrets. A woman was the first person to accept me for all of me, and unfortunately also the first person to break my heart and use my status against me. This made me even more hesitant to disclose my status. My mother’s warning began to make sense.

Going from thinking that I would never find someone who would be open minded enough to want to date me, to having someone look past the fear and accept me for all of me, to then turn around and cut me so deep, let me know that ignorance was not the only thing that I had to be concerned about in regards to STIGMA. I was expecting to have to educate people about my experience, but I wasn’t prepared for the HATE. In the years that followed I struggled with many fake friends and family members who would disclose my status to people with the intent of making me look less attractive. Sometimes it worked, and sometimes it didn’t.
I had to grow to understand that the insults, judgements, and shade that people attempted to throw were actually projections of their own pain and insecurities, and that they had absolutely nothing to do with me. For so long I just let people gossip about their perceptions of my reality. Even today, every time I get up and share my story, I am extremely nervous, and my anxiety starts to kick in. I think it's because I am experiencing PTSD from all of the stuff that I went through growing up, and remembering all the things people said about me. But then as I push through that fear I experience this sort of liberating sensation. I get to portray my experience in the way that I want to, and I get to change the narrative.

In hindsight, I can’t believe I let STIGMA keep me silent for so long. Now that I have embarked on this advocacy journey, it is like I am seeing things through a new set of lenses. I have discovered this new world full of people who can either relate to living with HIV, or with other parts of my story. By remaining silent, I was unconsciously allowing that stigma to perpetuate.

Disclosure has been one of the scariest, most difficult things to deal with in my experience. Yes, I have encountered a lot of ignorance and hate, however, I have also found a lot of people that understand me, and that like me, no love me regardless! I mean, can you blame them?

Contrary to what people believe about my experience it has been a BLESSING in disguise, and I know now that this is a GIFT. I believe God created me specifically for this purpose, to change people's perspective on what it means to live with HIV. To KNOW me is to LOVE me, and the beauty in that lies in the fact that my whole being dispels the STIGMA. I am a Beautiful Black Queen, and my status doesn’t change that. I make HIV look sexy.