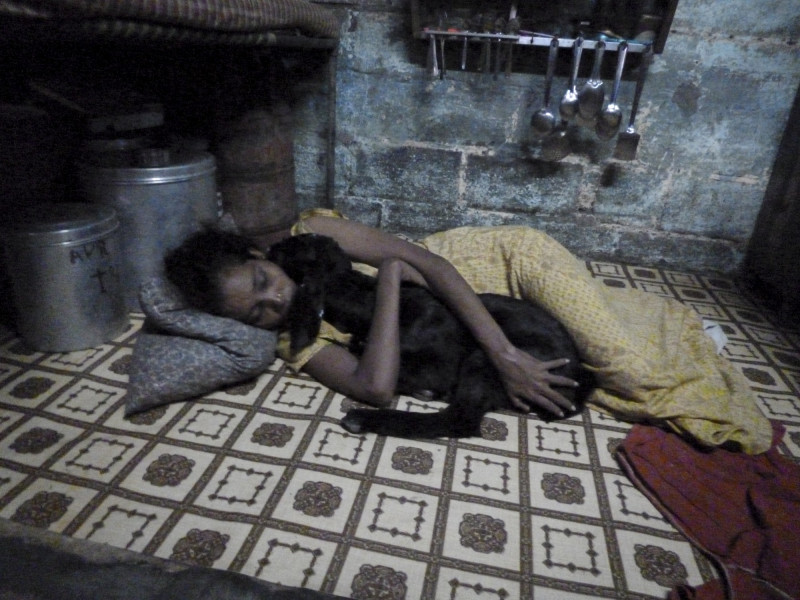 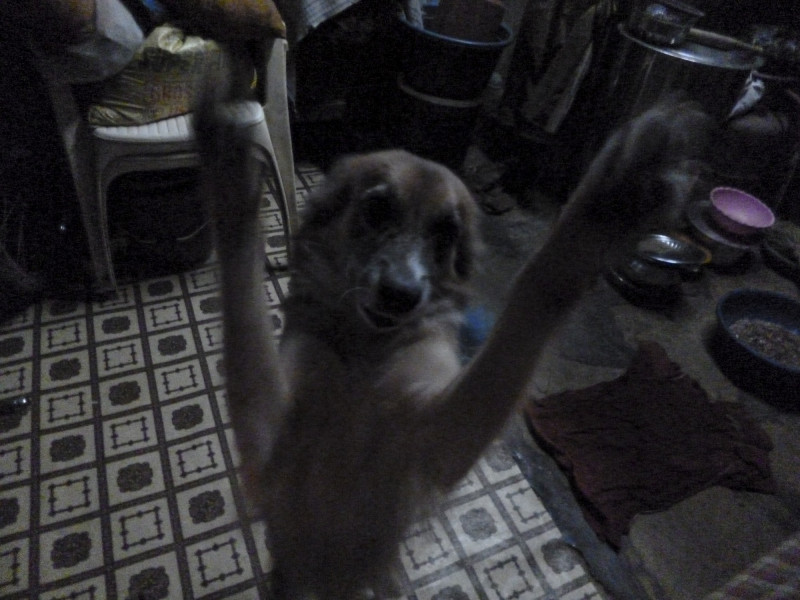 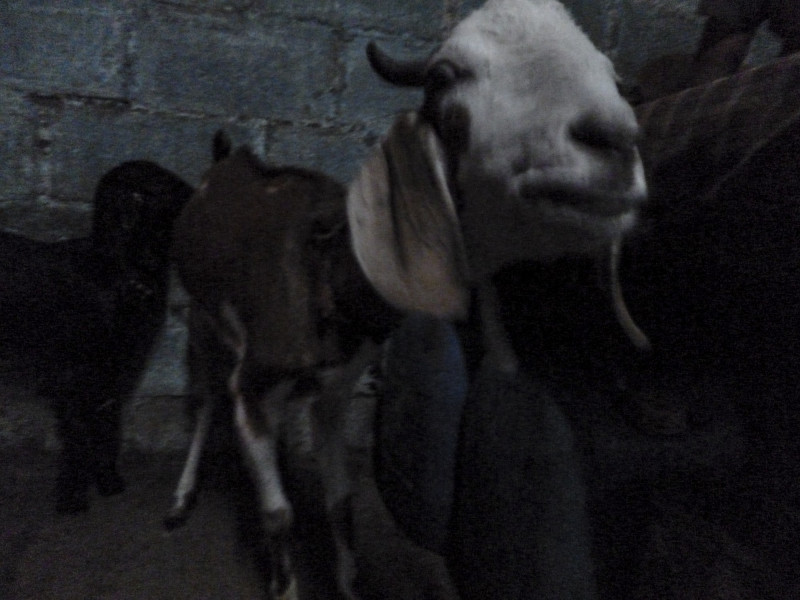 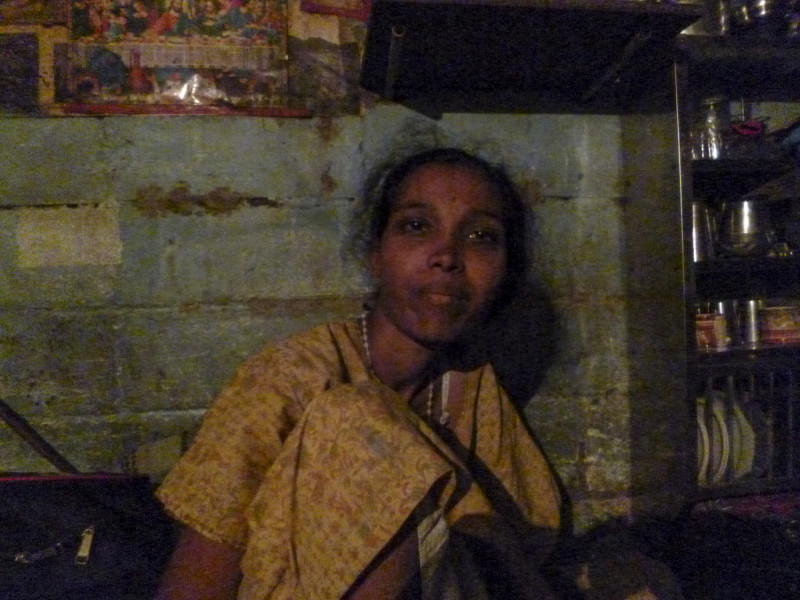 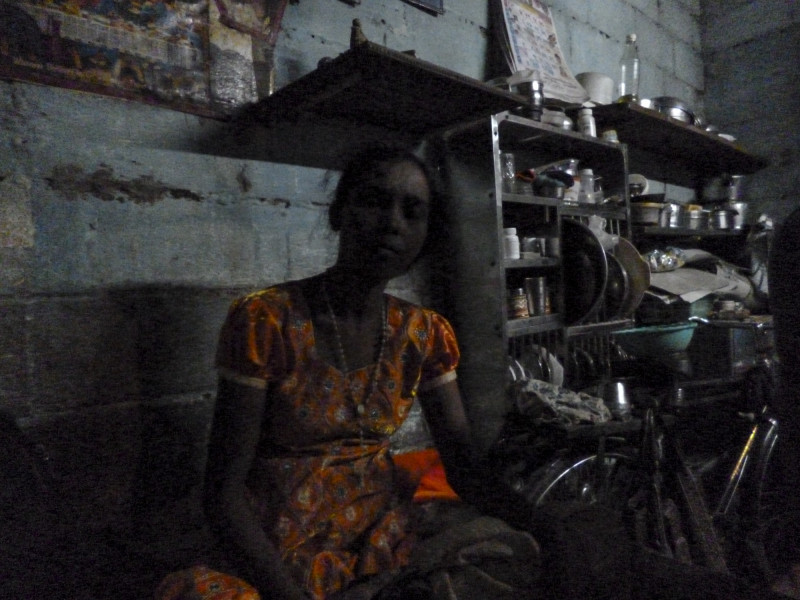 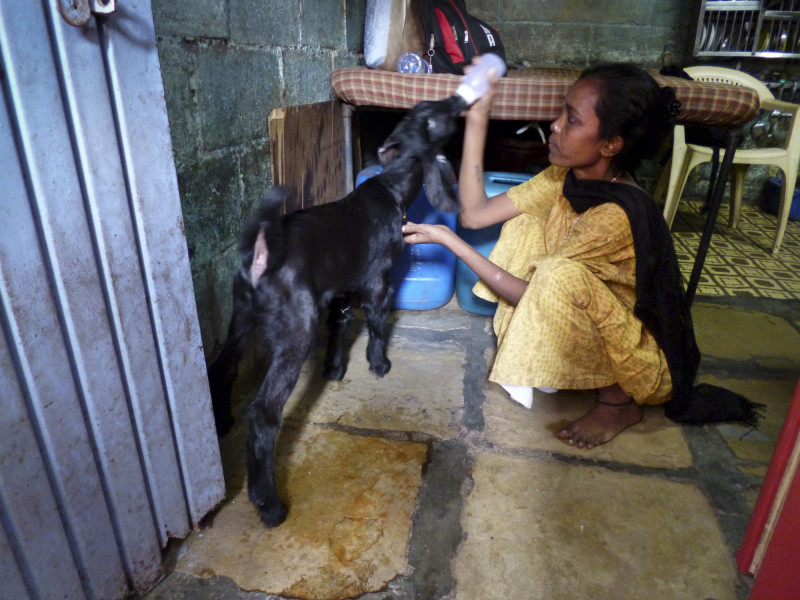 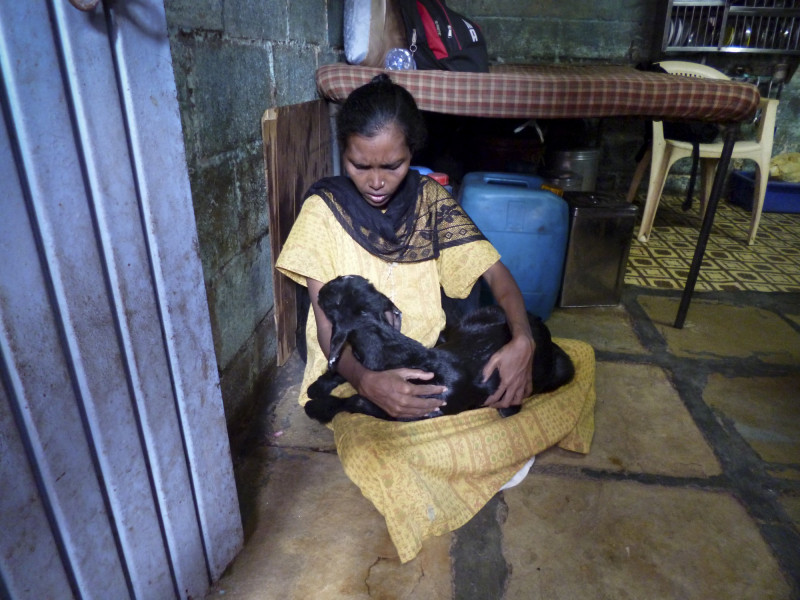 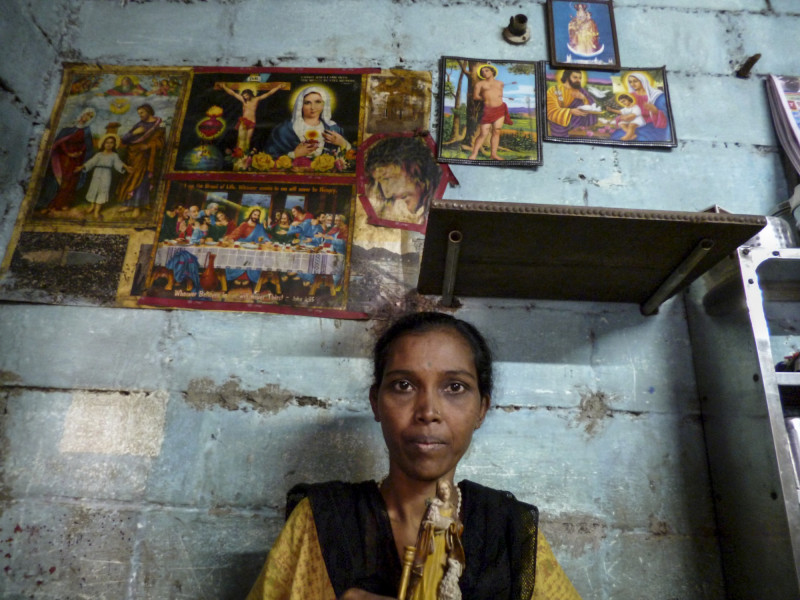 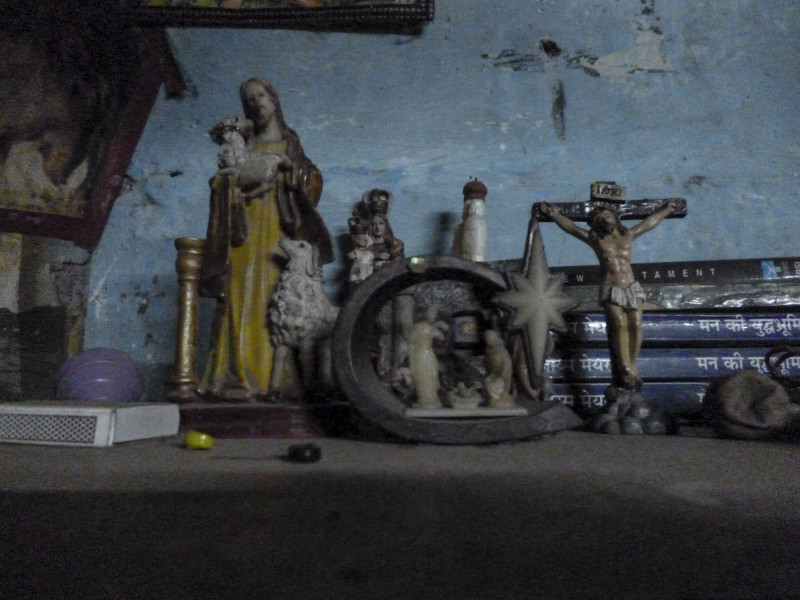 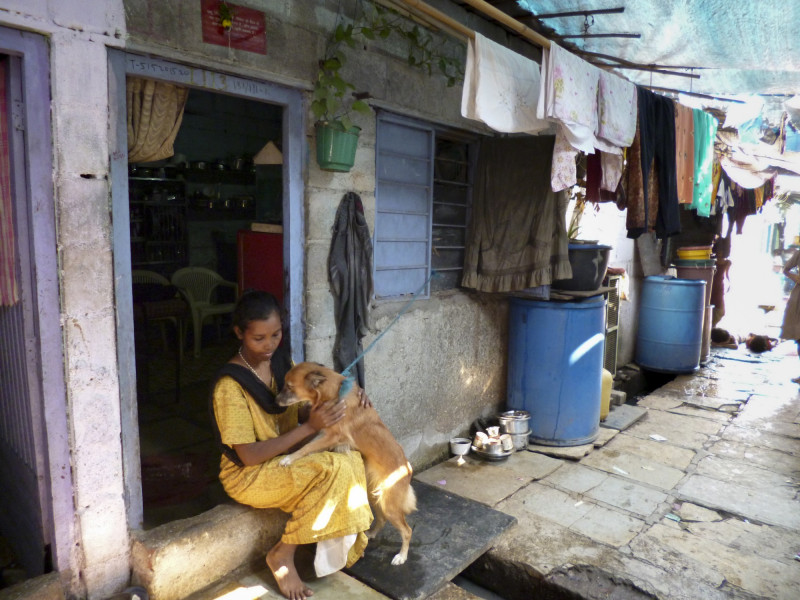 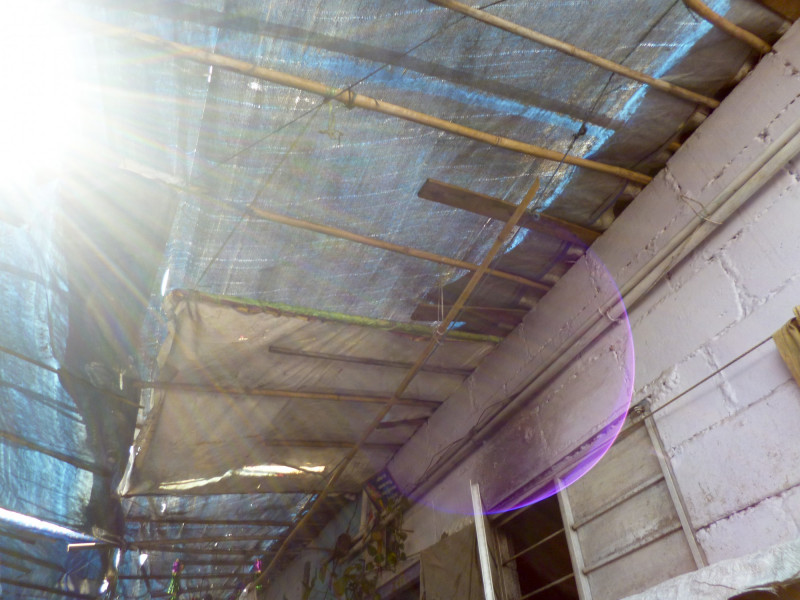 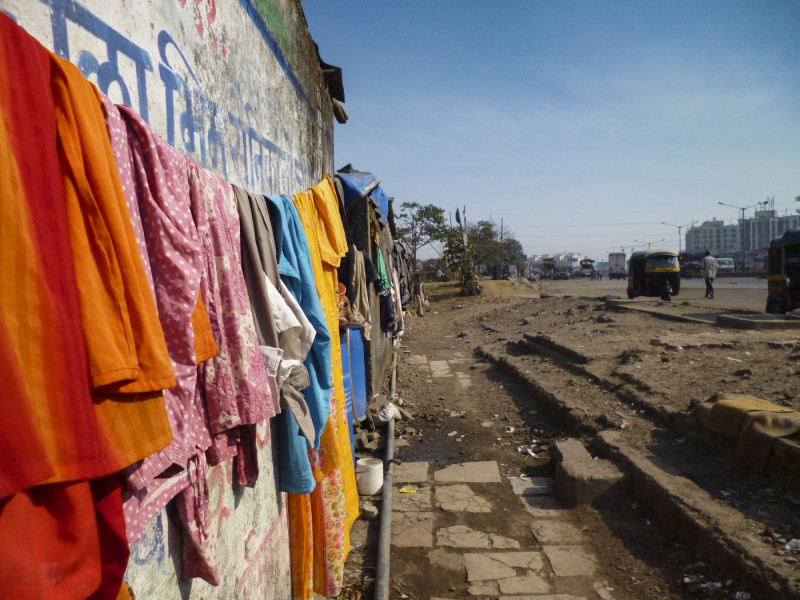 When I told my husband that the hospital informed me I am HIV-positive, he said, “How have you contracted HIV? Who have you been with? My children don’t have it and I don’t have it.” And with these words, he left me. As soon as my parents heard about my illness, they abandoned me too. I have four children, and they have left me as well.

It’s been thirteen years. Now I am financially independent. I work as a maid.

At the time when I fell ill, people used to call me names. They used to say, “She is diseased. Don’t go near her.” It was then that a lady came to me wanting to sell her goat, and I bought it for 2000 rupees ($40 US). I decided that I would look after animals. The lady who sold me the goat didn’t realize it was pregnant and, six months later, it had a kid. I was made even happier.

Now I have three animals with me: Julie, Mariye, and Shera. I take care of them and play with them. I enjoy playing with them and taking care of them, even more than I did with my own children. The four of us, we live like a family. My animals are my human beings. They are my god. My family, my husband, my children, they have all betrayed me, but these animals have not.

I was very nervous when I began taking photographs. I have never held a camera in my life. The thought of taking a photograph even with a phone frightened me. I wondered what to do with the camera, but I remembered what my instructors had told me about the timer, so I thought I’d give it a go. I set up the tripod, attached the camera, and set up the ten-second timer. I went to lay my head on the pillow. Julie came to me, nudging me, and fell asleep in my arms. So I held her. She pushed her head up, the timer went off, and this is the photo you have.

No one has supported me before. I pray to God to give his blessings to this family that I have now.