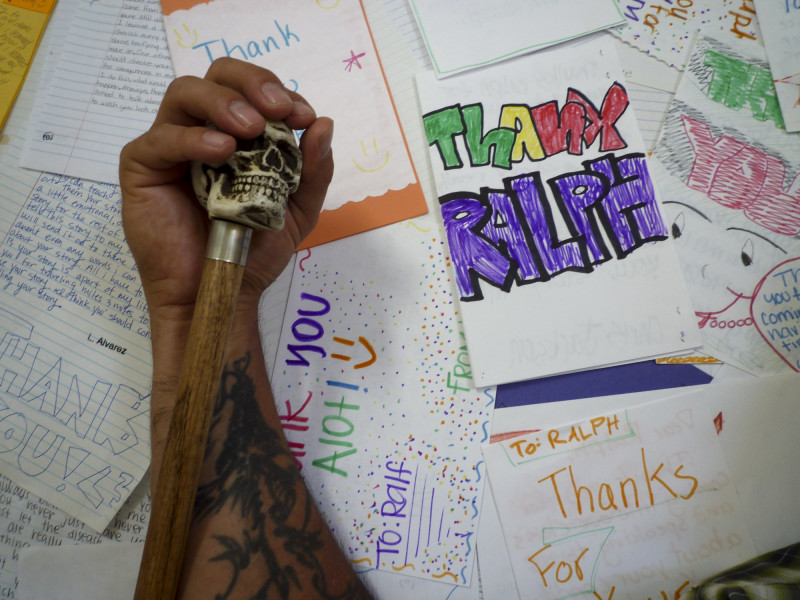 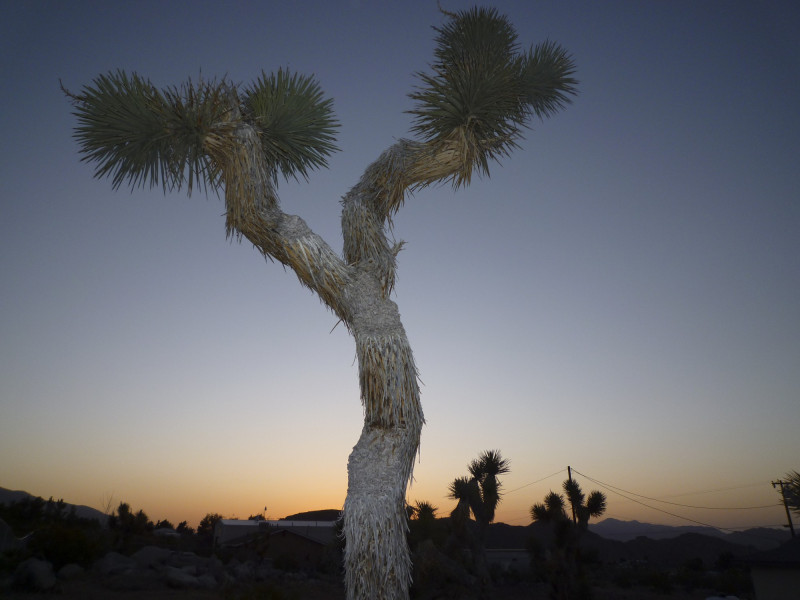 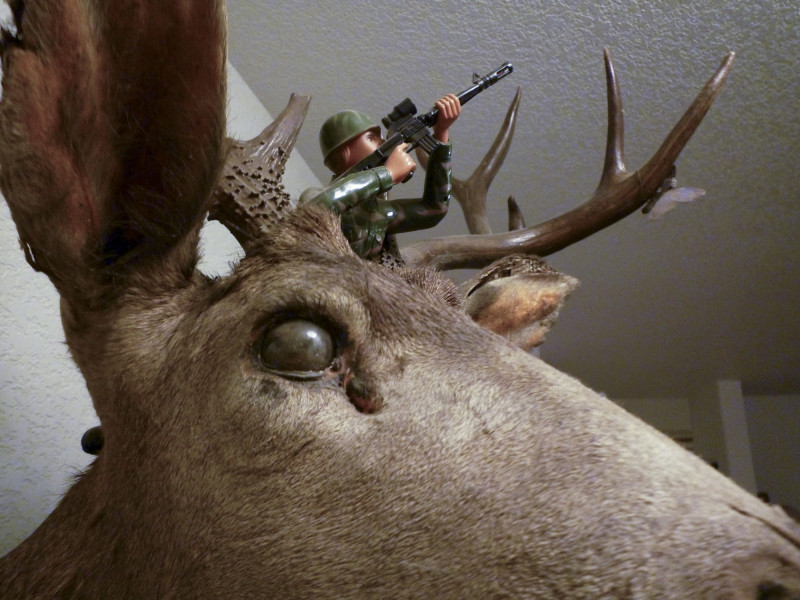 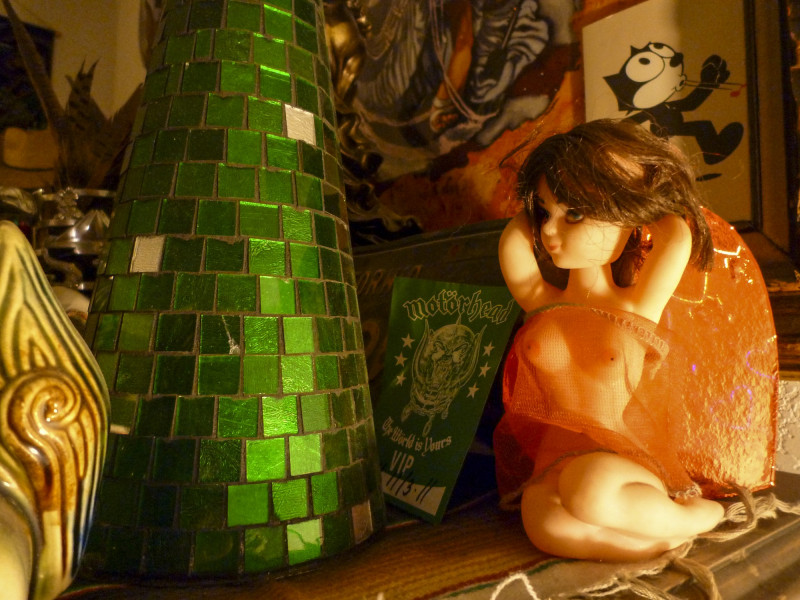 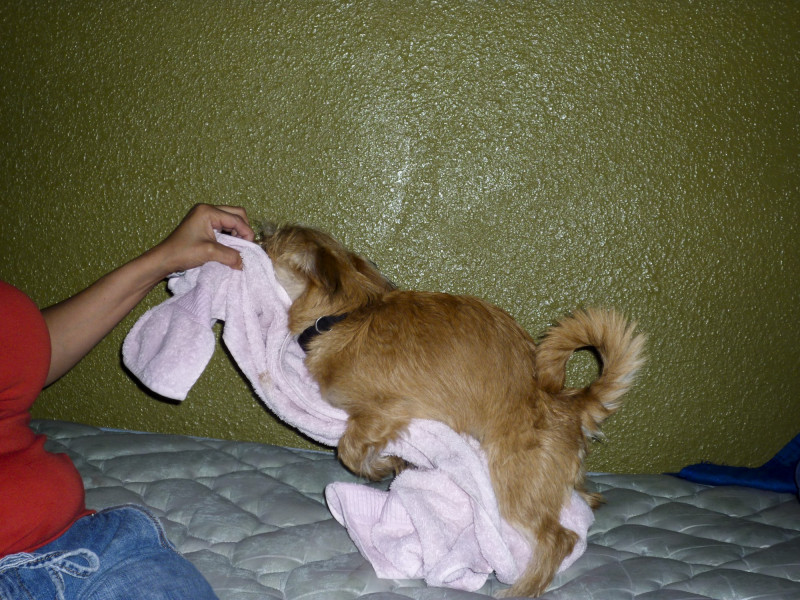 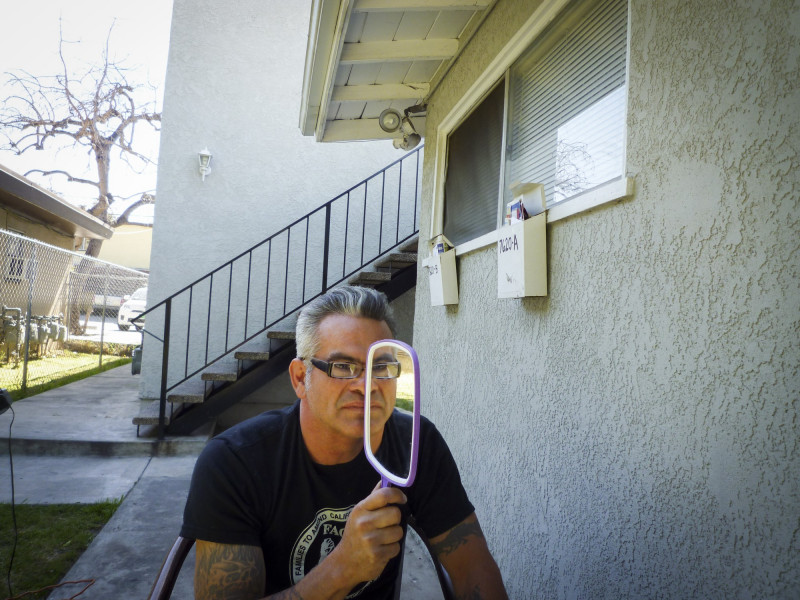 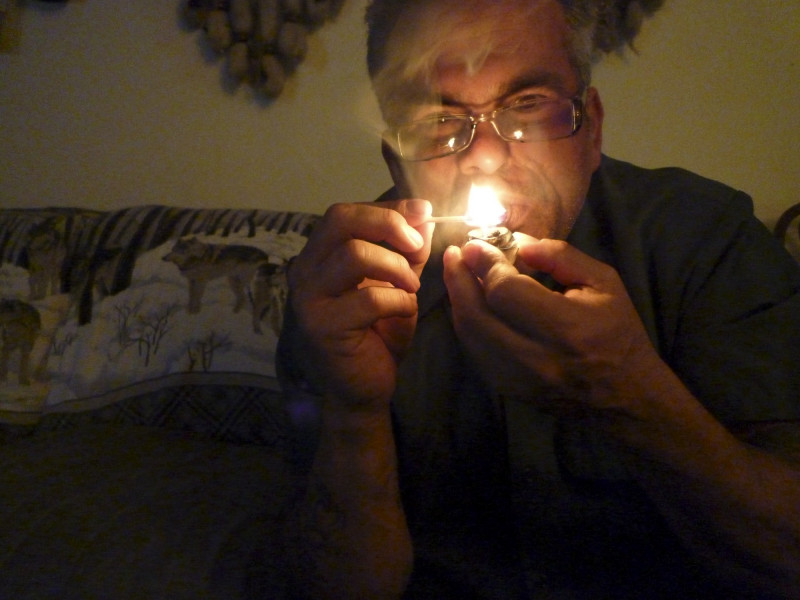 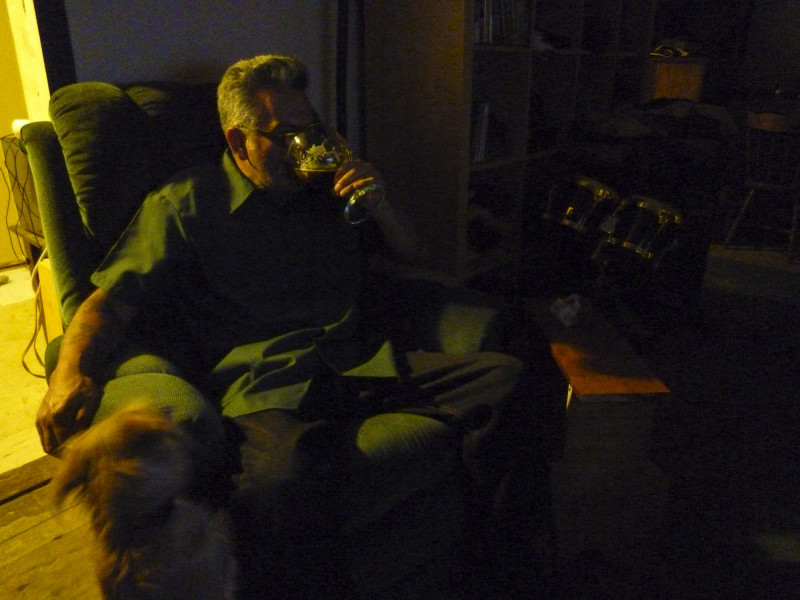 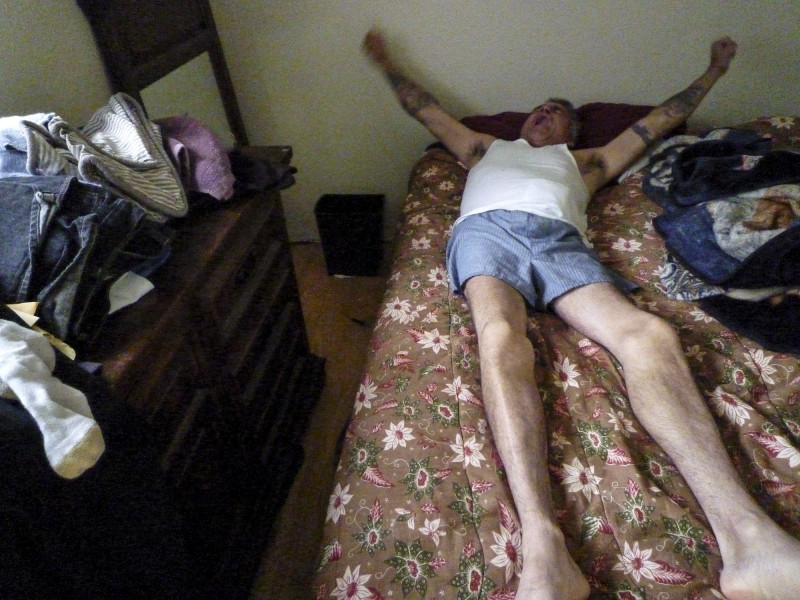 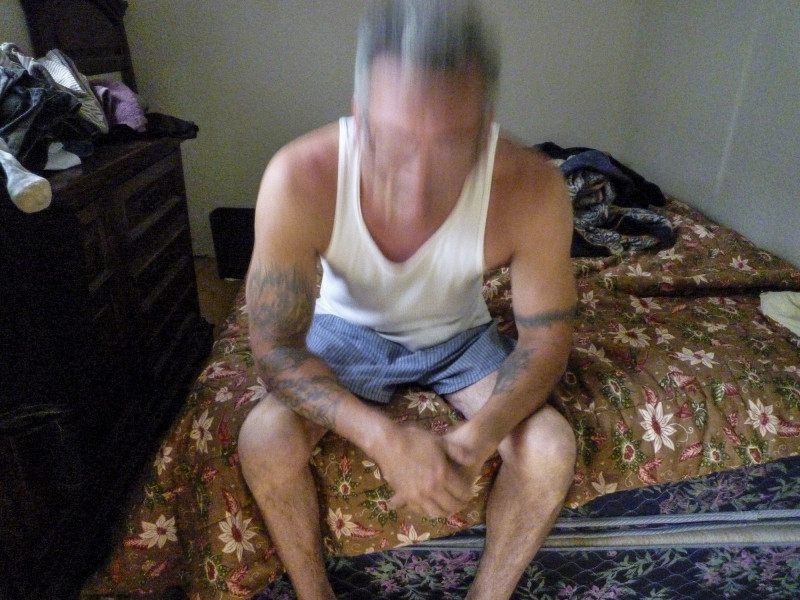 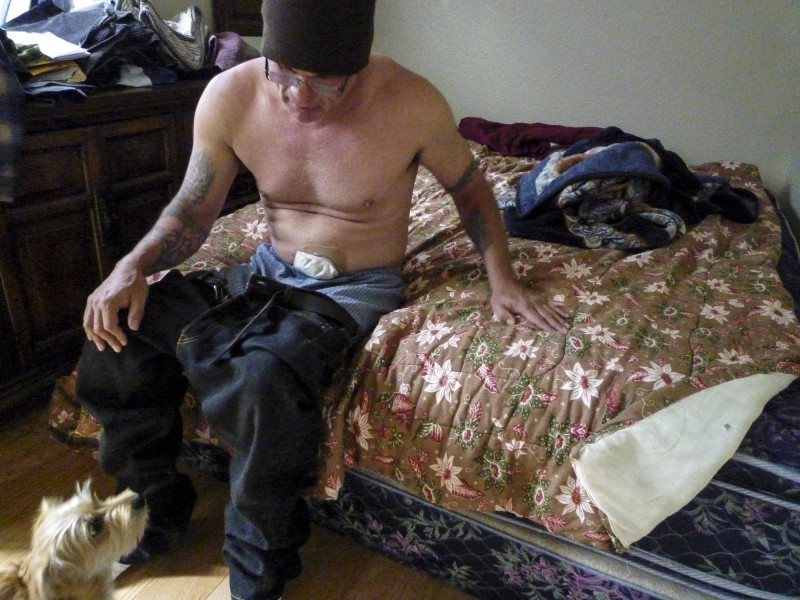 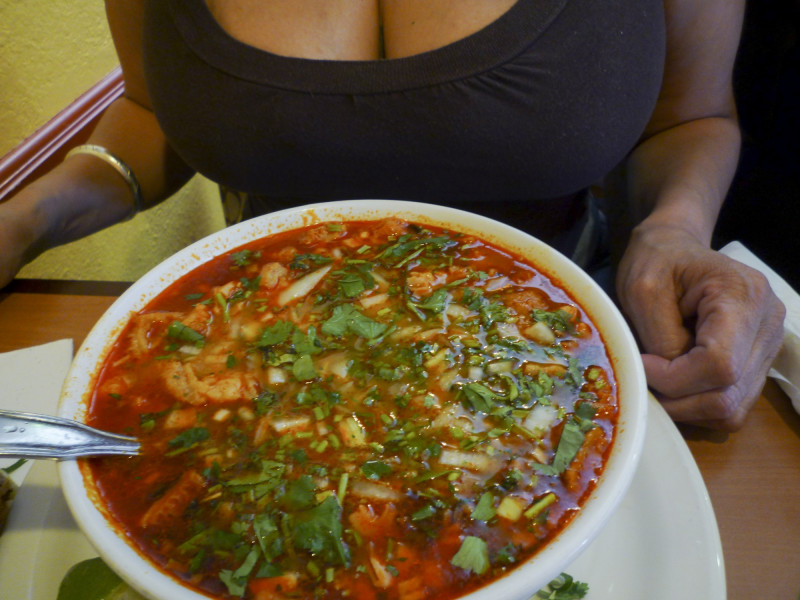 Everybody always goes, “Why do you walk with a cane?” I’ve been known to say, “Oh, I have a slight case of AIDS.”

I got my test results on April Fools’ Day, one month before my twenty-fifth birthday. Back then, I was a mohawked punk rocker. And I was a fighter. I had been fighting since I was eight years old. When your dad kills your mother, it makes you pissed off.

Those first two years of being HIV-positive were mad years. I had unprotected sex with several different women, and I didn’t tell them. I figured, I was damned by somebody, so I was going to damn the world. After that I came to my senses and realized I was wrong and I had to tell those girls. Of course I got smacked. I got told I was going to be killed. I just told those girls, “You know this shit’s out there. Go get tested. If you feel the same way after you test, then do what you got to do.”

I prayed to the great artist up in the sky that if he let those women be healthy and safe, that I would give him ten years of celibacy. They all came back negative. I kept my promise. In those ten years I educated a lot of women. I called it “working the bar circuit.” I’d go out and meet women who were ready to go home and get busy, and I’d tell them I was HIV-positive.

I have a hard time walking now, because it has crippled me. I’ll never have kids, I’ll probably never have a wife. But I love women. Everybody thinks Ralph likes big boobs, but Ralph likes all kinds. Whatever clicks. They come and they go, though. Maybe one will come and stay. If I get that lucky.

I live in the high desert now, to breathe some fresh air and exercise. I’m trying to get my lower end to come back to life. I woke up one day, went to turn on the stereo, and I collapsed. Turns out I had developed a neurological disorder on account of my HIV. When they told me I was going to be in a wheelchair, I was like, “Cut my legs off if they ain’t going to work.” They said, “No no. We don’t have to do that.” Good thing, because I got myself out of the wheelchair. I’ll run again.

In the game of life, you need to follow the instructions. Eventually we all have got to die. Nobody gets out of here alive.