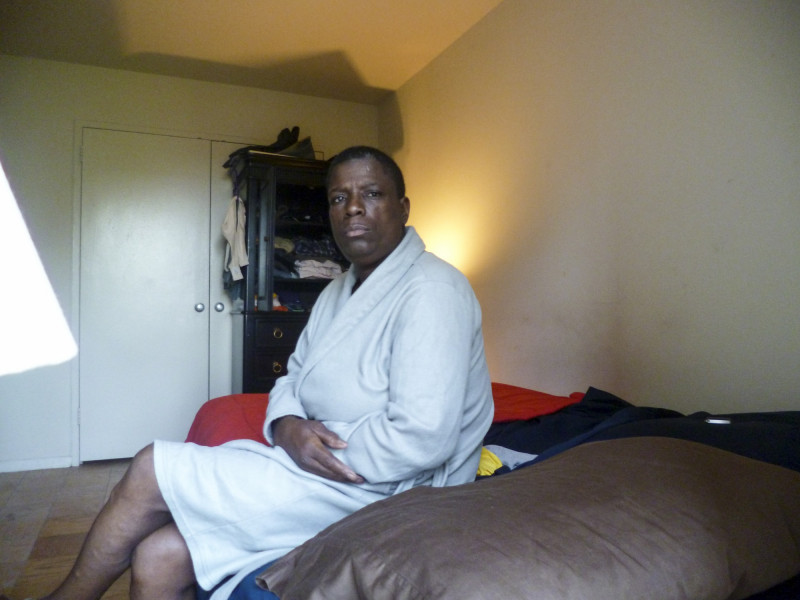 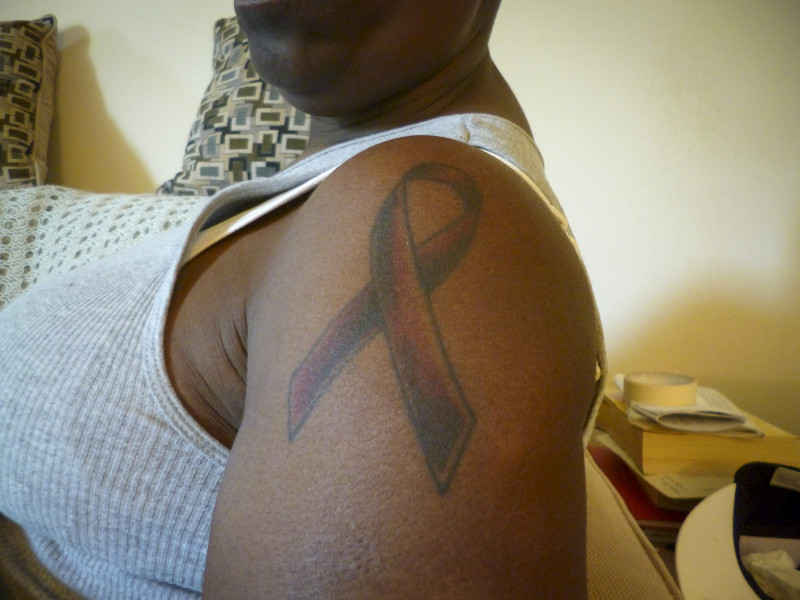 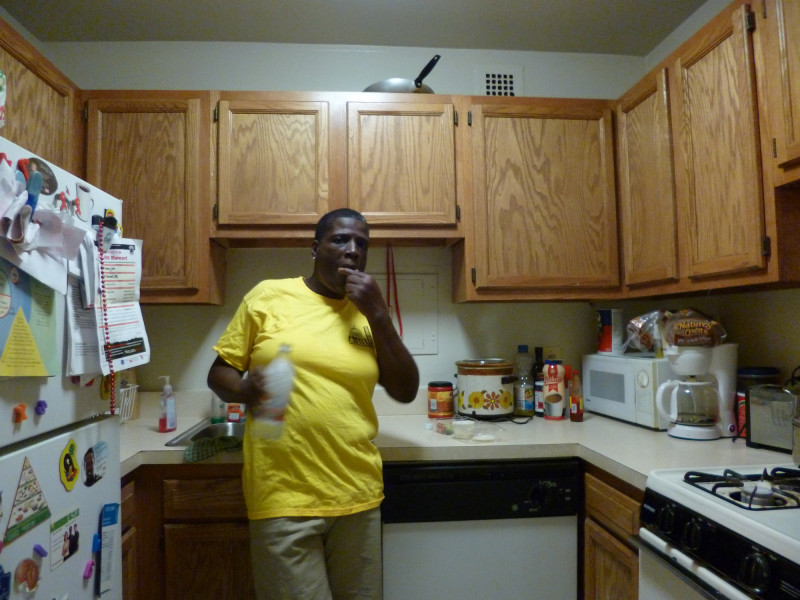 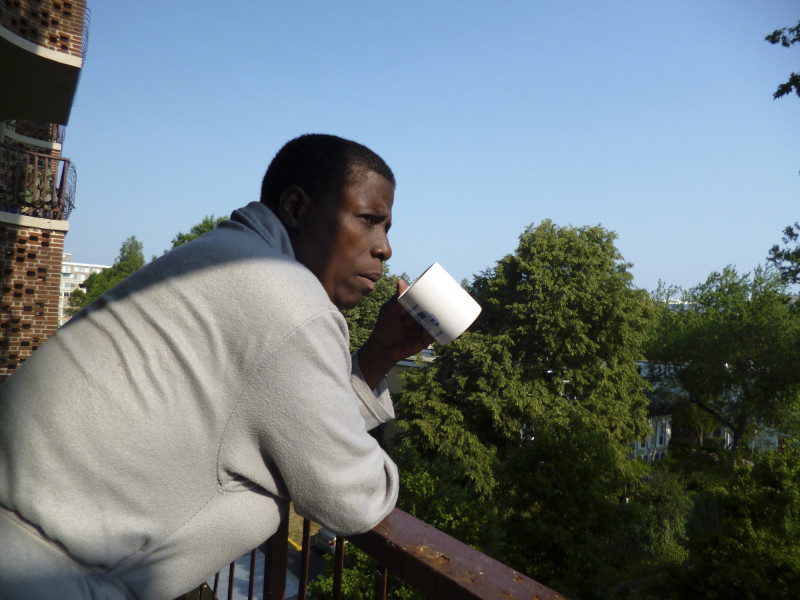 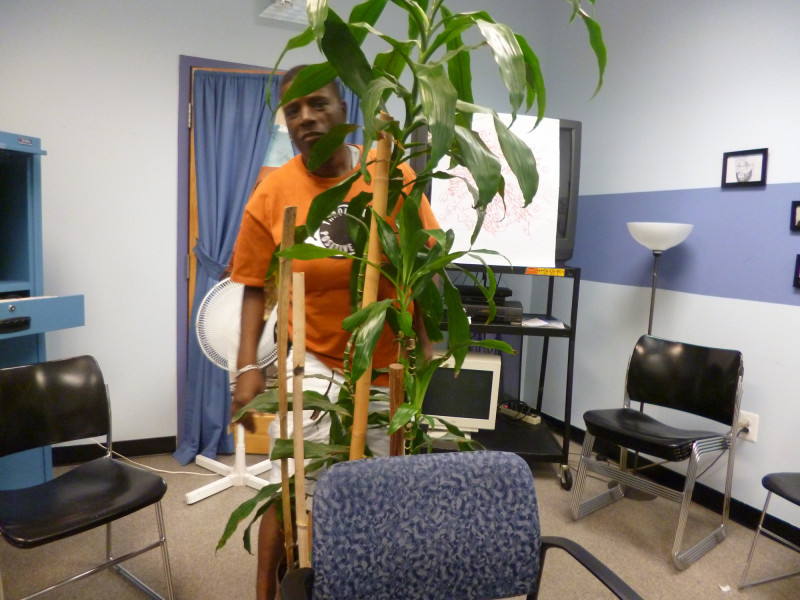 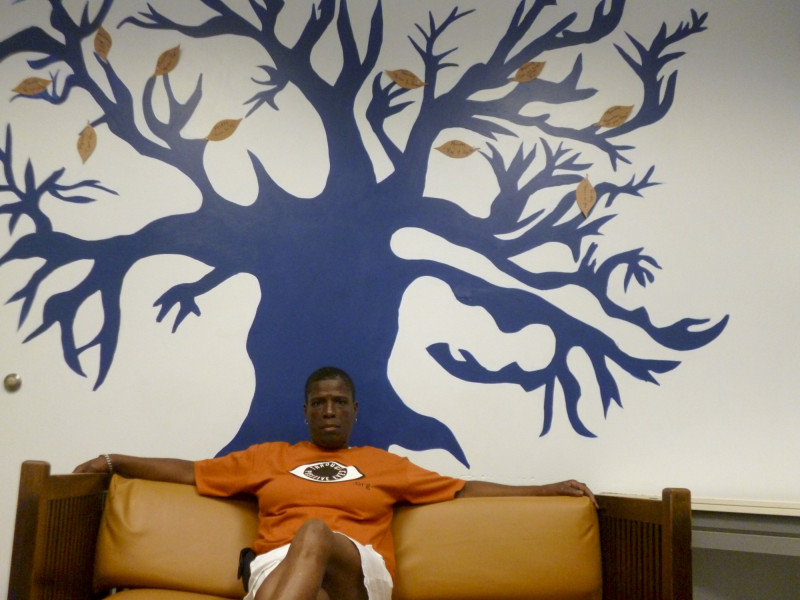 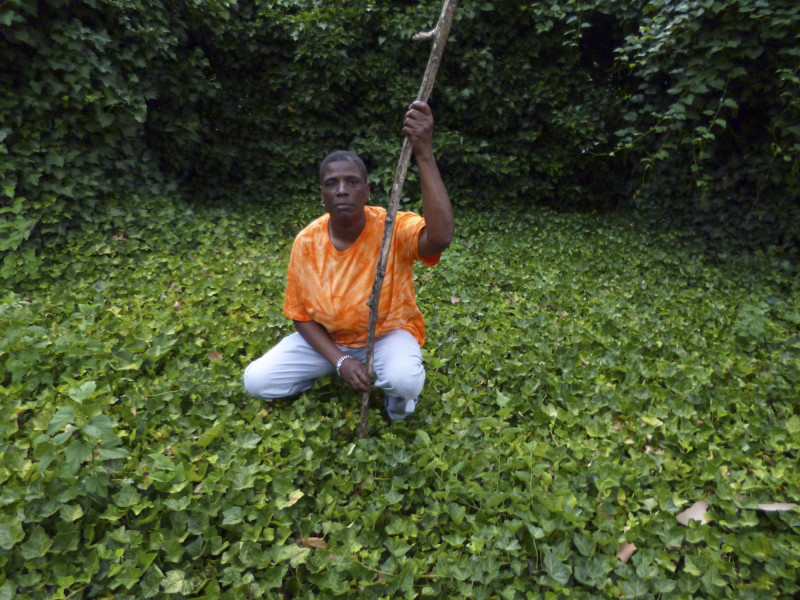 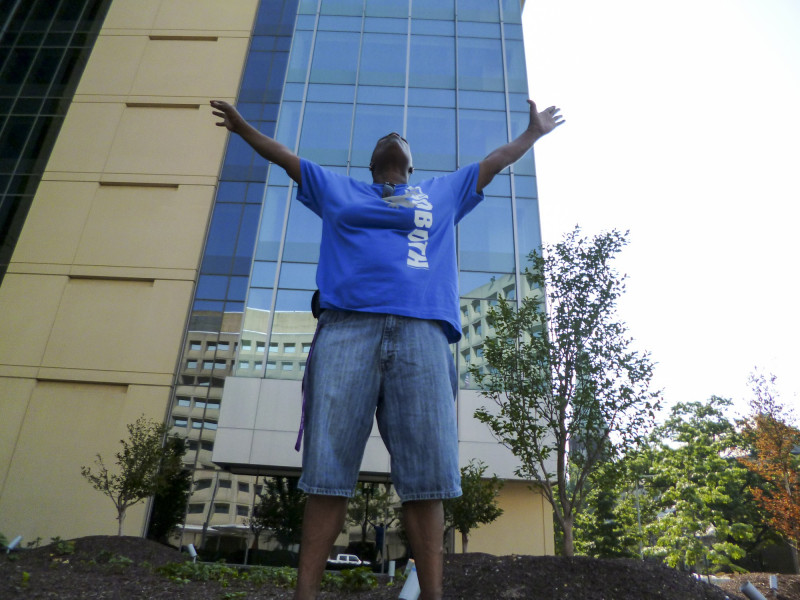 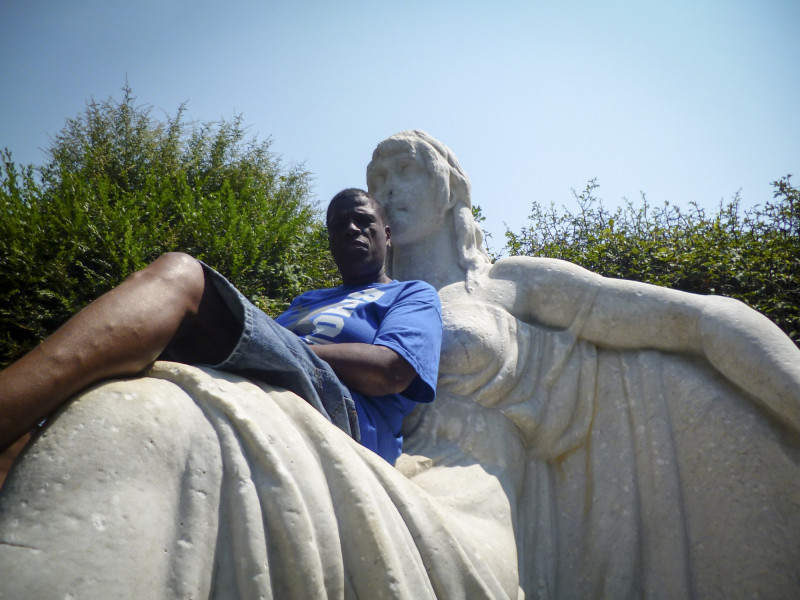 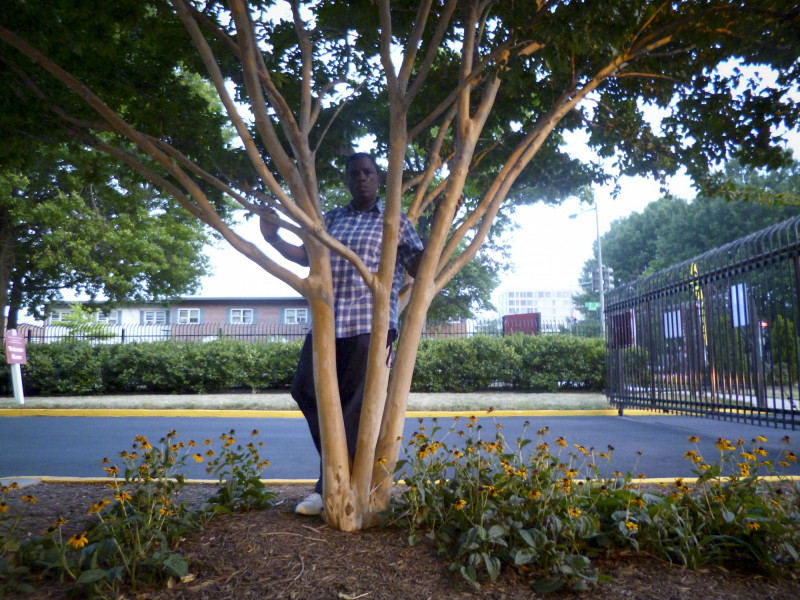 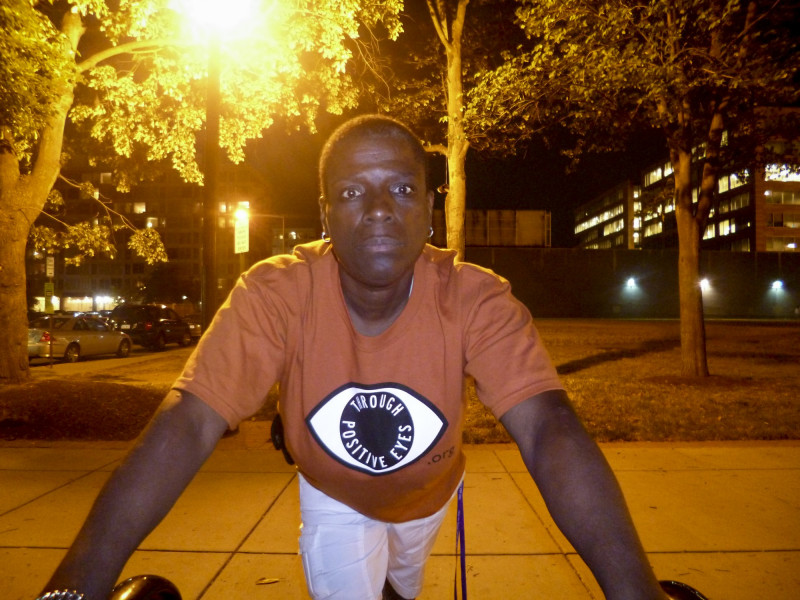 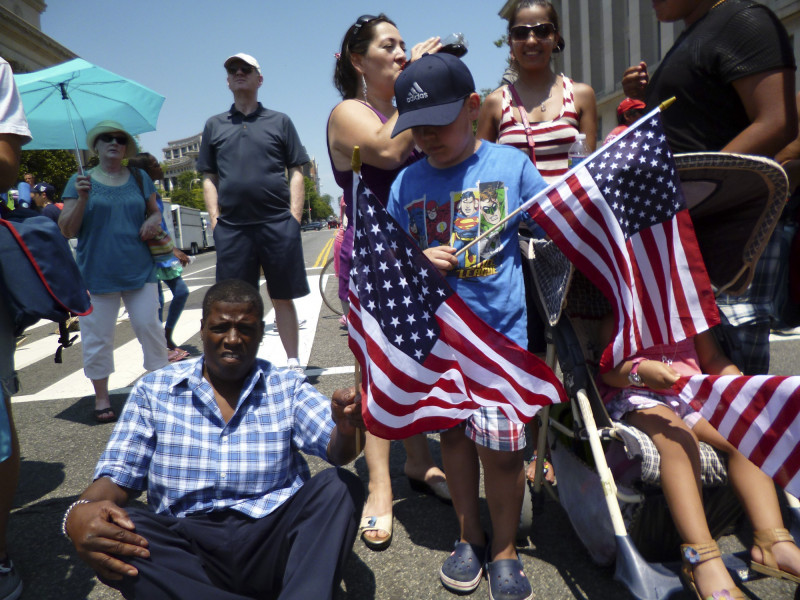 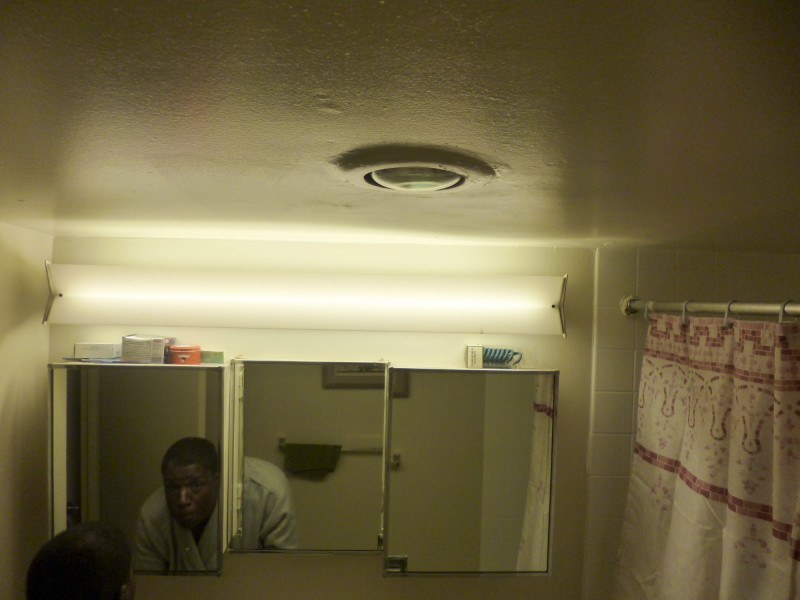 I’m pretty much a loner. I like things that are quiet, that give me a chance to think.

In the environment where I come from, there was a lot of poverty, and a lot of shootings and robberies. Everything I learned, I learned from the streets. Earlier in my life I chose drugs. I chose a destructive lifestyle. But now, I’ve been clean sixteen years. I’m fifty years old.

I think I contracted HIV intravenously, through drugs. I found out in 1986, when I was diagnosed with AIDS. At that time, I was in jail. I took sick and was transferred to a quarantine infirmary. I was terribly ill, but they still had to handcuff me to the bed.

I got out of jail real early, on “merciful release,” where they let people out who are terminally ill. I went to this house for women living with HIV and AIDS. Then I began to take my medications. People around me were dying, so it just struck me that I needed to get educated about this disease if I got to live with it. So I needed to get involved with my life. And from then on, my life took off.

Something that interests me now is how the stigma is different against women living with HIV and AIDS. There’s lesbians who are living with this disease, but it’s not many of us who would actually come out and say so. And then I read today that the HIV infection rate is triple among African-American women as compared to white women. And I’m thinking, what is going on? People are going to have sex—you know that—but they’re not telling the truth about who they’re having sex with.

And teenagers—who don’t have to catch this—they’re just not listening. You know, a young woman, she’s fifteen, and she meets an older guy at the mall, he winks at her, he looks good, so she relates to it. He’s going to get her that iPod she wants. And eventually she’s going to have sex with him. But he’s not telling her anything about himself—he’s just having sex with her.

I just think it’s very important for me to speak up for women and try to remove the stigma and ignorance surrounding AIDS.