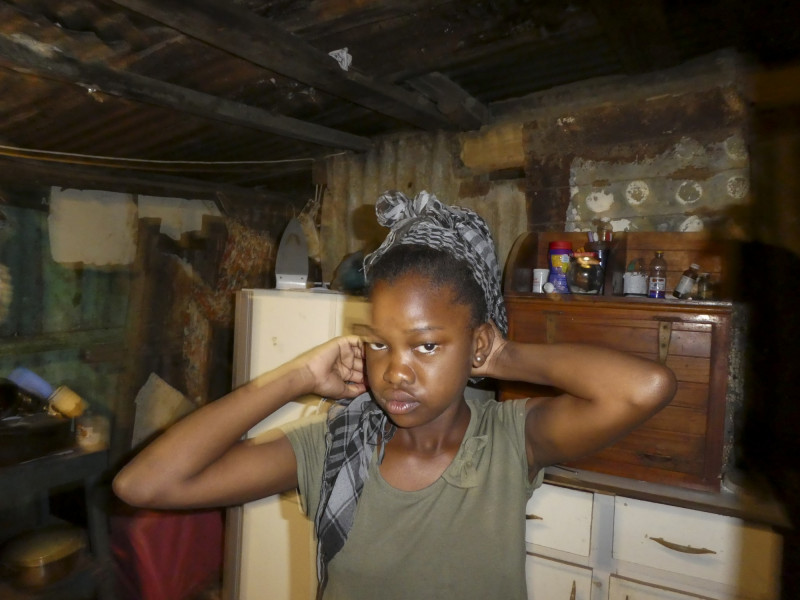 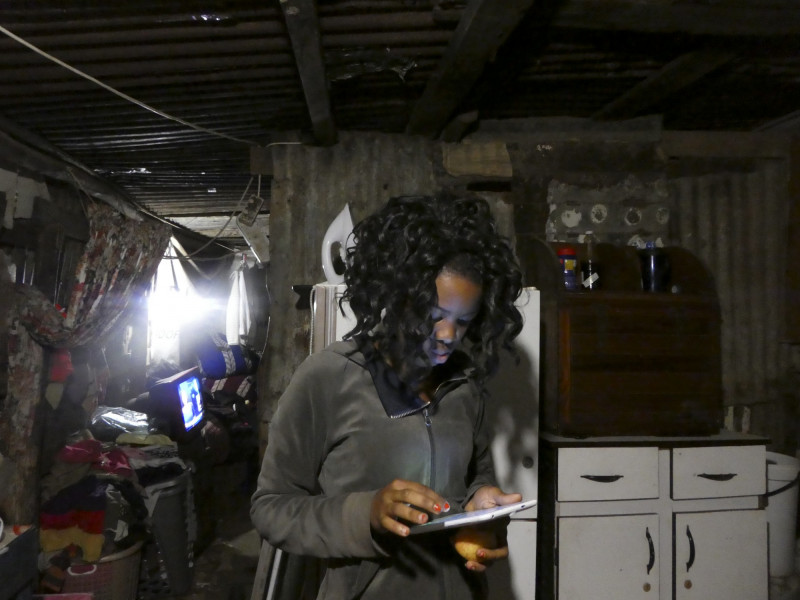 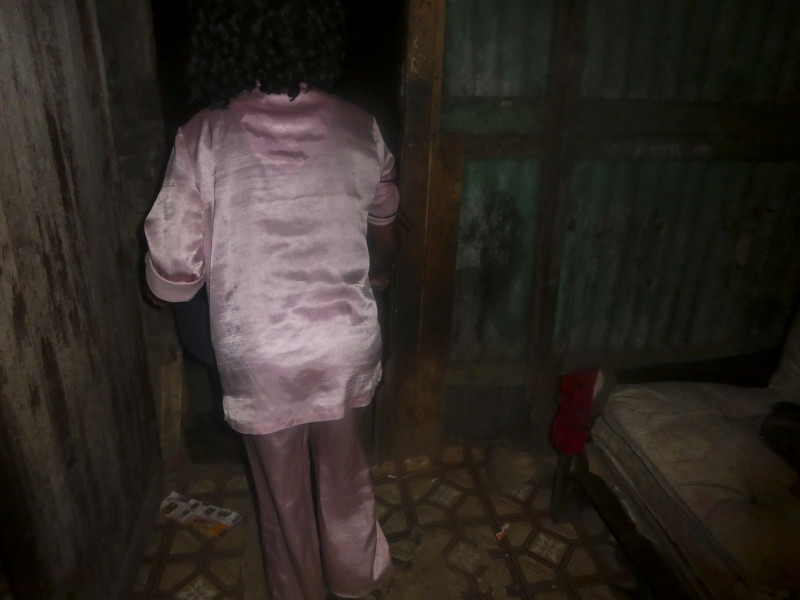 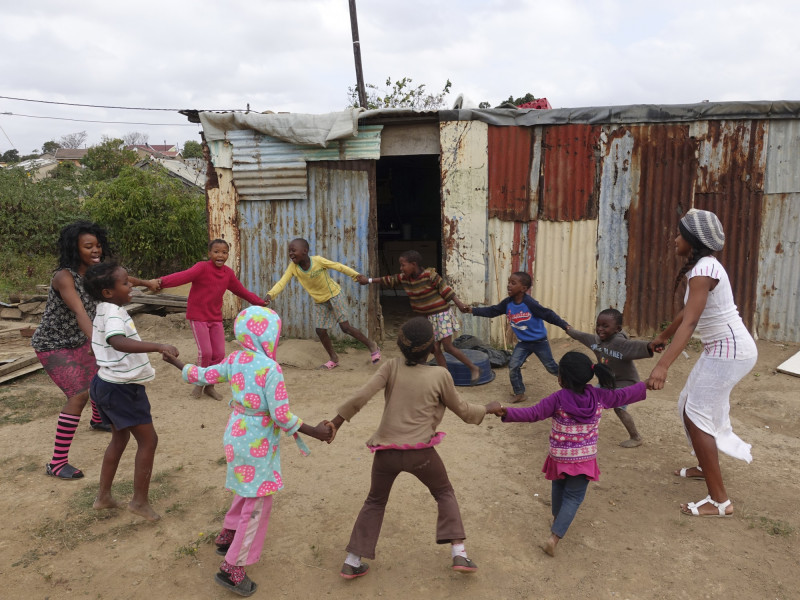 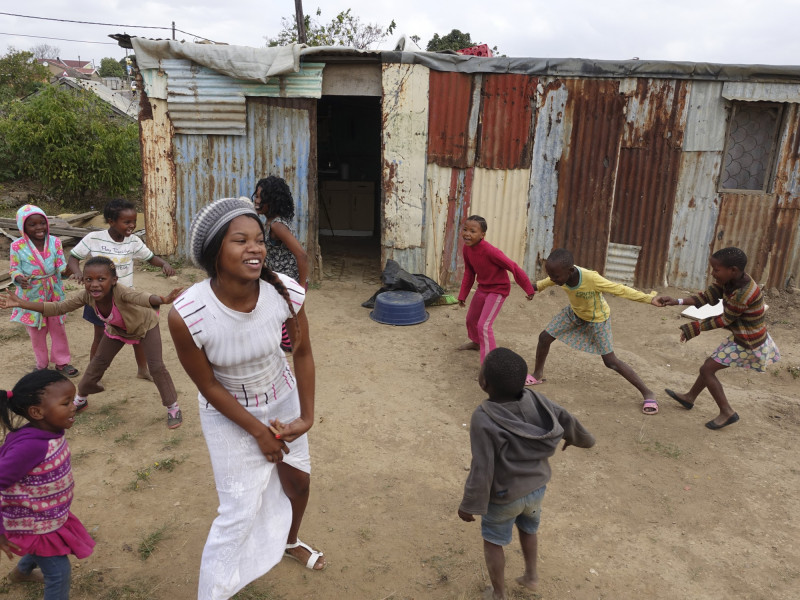 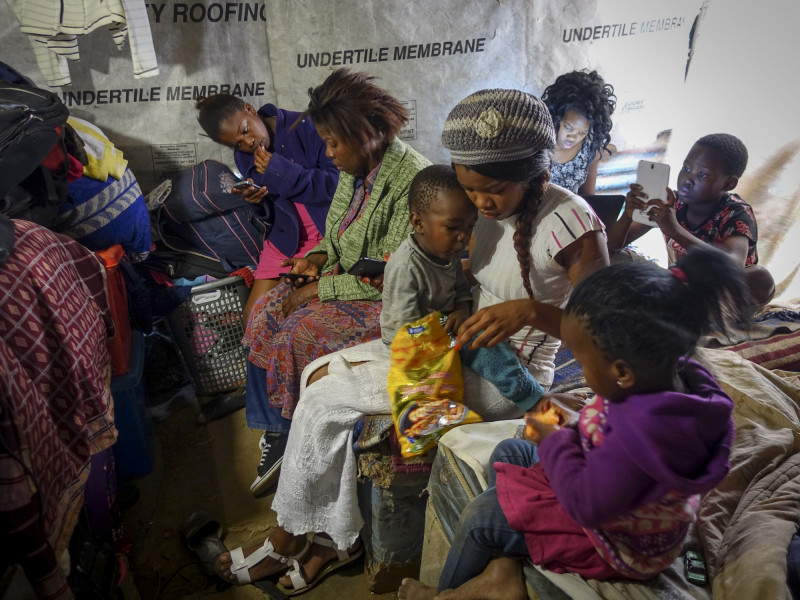 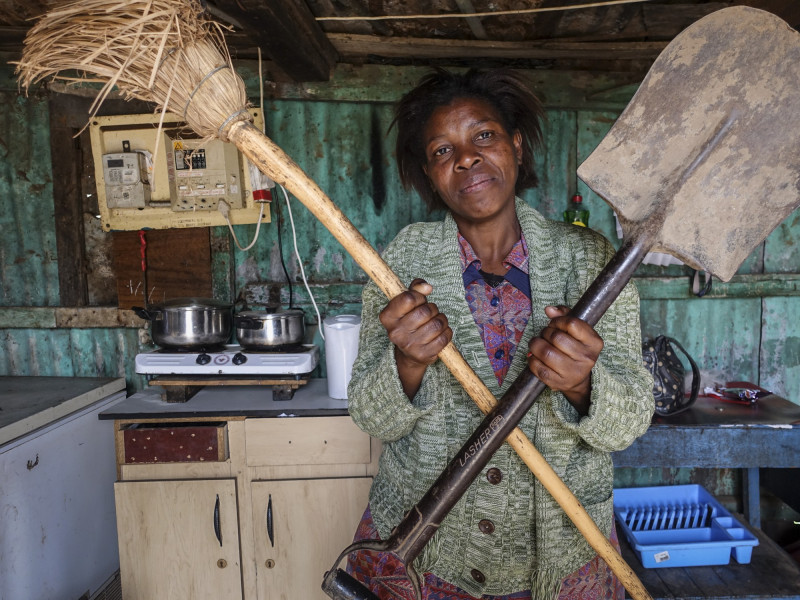 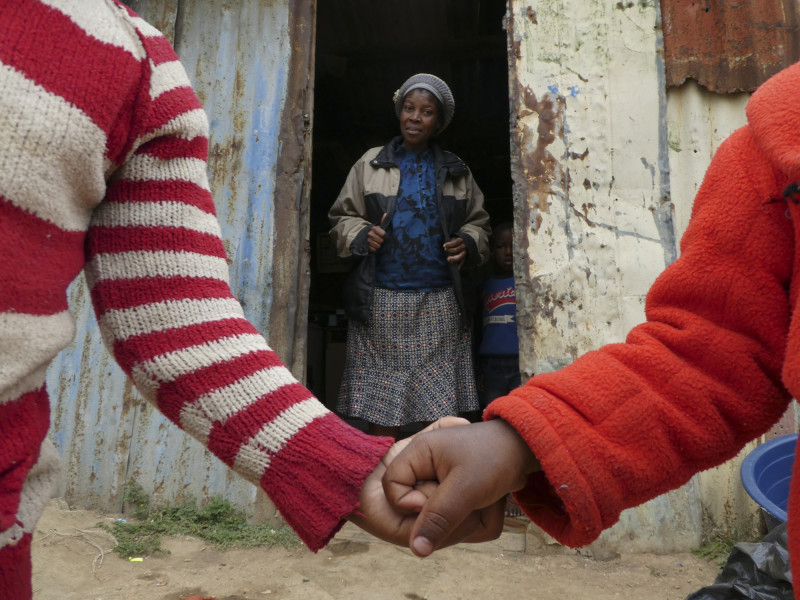 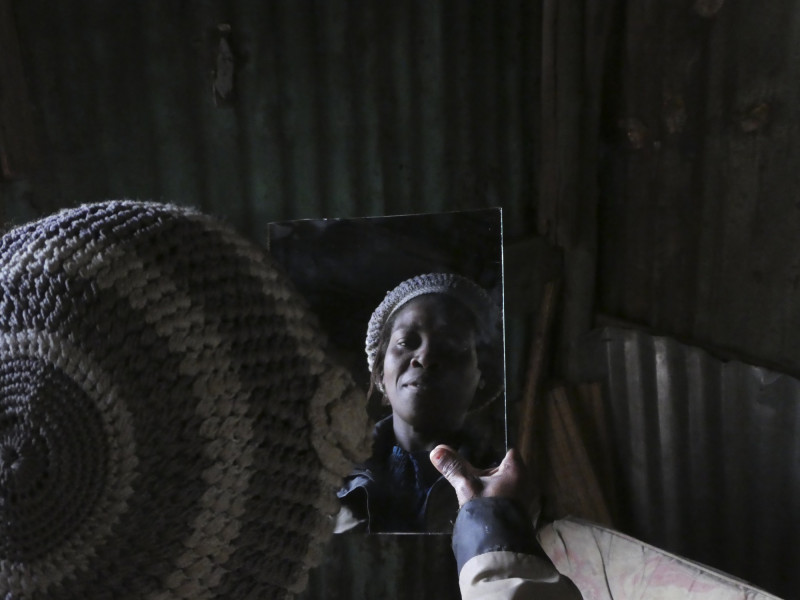 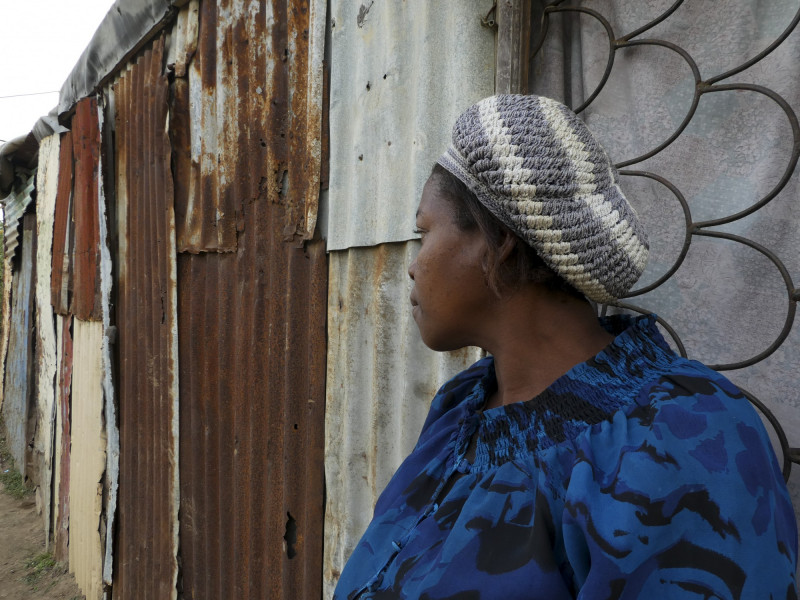 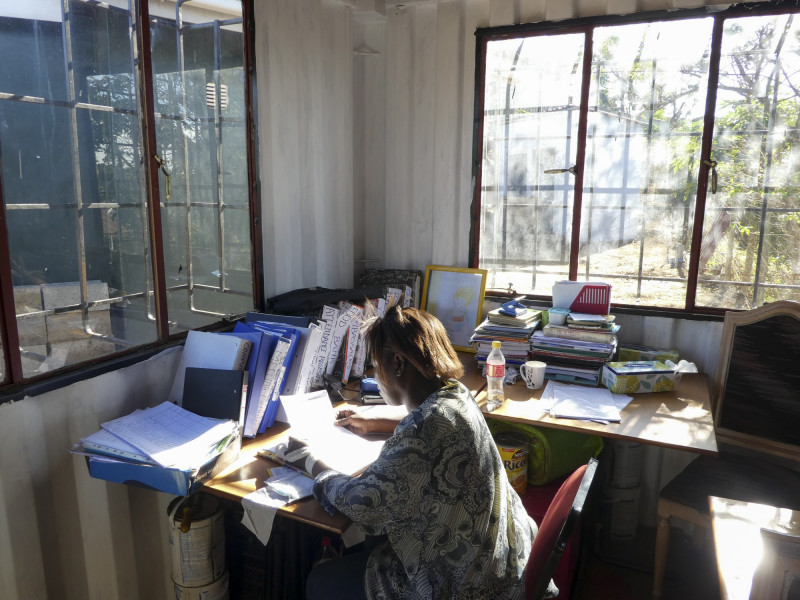 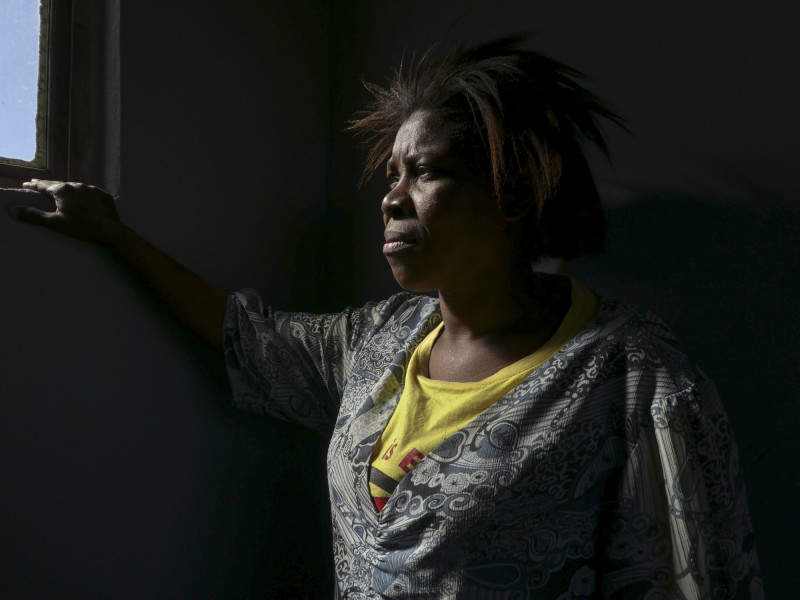 When I started working as a volunteer, and then as a cleaner, for the Gugu Dlamini Foundation, I was scared, because I knew the story about what had happened to her. In 1998, a young South African woman named Gugu Dlamini went on the radio, on World AIDS Day, to disclose that she was HIV-positive. The next day, her neighbors killed her. She was stoned and stabbed to death for speaking the truth about HIV and AIDS.

When I began working at the Foundation, I was scared because I was HIV-positive too, but I didn’t feel comfortable speaking openly about it. My husband had passed away. I had three children and three grandchildren. I felt protective of them. And one more thing: I’m deaf, so when I speak, oftentimes people don’t understand me. Especially men, they often undermine me. When a man sees a woman who’s sick, he doesn’t care about her.

I have got HIV and I’m not happy about it. But because of Gugu Dlamini, I’m a strong woman. I know that I deserve treatment. I must look after myself, look after my family, and stay healthy. And I do. I’m healthy and beautiful. And now I am also open about telling people that I am HIV-positive.

Today I say to Gugu Dlamini, thanks a lot. I’m happy to work at the foundation named after you because, when I go there, your daughter, Mandisa, who runs the organization, treats me like a sister. When I go to work I feel like I’m going home, I’m going to my family.

I’m happy today. I’m healthy. I feel wonderful. I wish those who have HIV will see me and be happy like me and enjoy family like me. I’m so thankful.

And I hope those who have HIV, as I do, will take treatment and look after themselves. And that they will use condoms to protect their bodies and other people’s bodies.

Those who don’t have HIV, they should go and test, to protect themselves and their future. Mainly what I want to say is, look after yourself.